Life in a Day 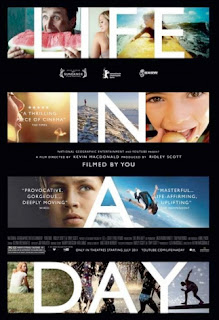 I have always loved documentaries; I love them for their honesty, integrity and edited reality. And when I found out about this movie, I had to go see it. Thanks to the power of geo-marketing, I received session information for the nearest cinema as soon as I finished watching the preview on Youtube. Ahhh… the world of technology at my fingertips…building everyday living solutions… Let’s leave my appreciation for all things gadgetry for my next entry shall we, which is about our Masters of Marketing class visit to Google. Yay!

Back to the film. I had to do some research before I went to see it because I had mixed comments from my Masters of Marketing class and from friends. This is what made me decided to go... "An entirely new form of storytelling... provocative, gorgeous, and at times deeply moving." - Wired Magazine

Last year, YouTube asked its users to upload a film capturing something about their lives on one particular day, as an attempt to create a unique snapshot of a day on Earth, over 24 hours, from all corners of the world that serves as a time capsule to show future generations what it was like to be alive on the 24th of July, 2010.


Watch the idea behind the movie:


The film is 94 minutes 57 seconds long and assembled with scenes selected from more than 80,000 clips adding up to 4,500 hours of footage from 192 countries around the world, by Oscar winning director Kevin MacDonald. The completed film debuted at the Sundance Film Festival on January 27, 2011 and the premiere was streamed live on YouTube.


So I went to watch the movie, and it was surreal but overwhelming at times. The imagery was breathtaking, and everything was put together beautifully. But after a while I started to think, this is the first of many experiments with new media in cinema and it's potentially a very interesting one. But I don't think this is as ground breaking as it could have been. The concept is simple, and self expression is what people are born to do. But how can it be better? And what on earth has this got to do with marketing? As this is a marketing blog after all.

Well. There are many examples of co-creation in the Marketing world too. Honourable mentions include the scandalous iSnack 2.0,Which caused much anger and fury and costed Kraft millions of dollars to remove from shelves. 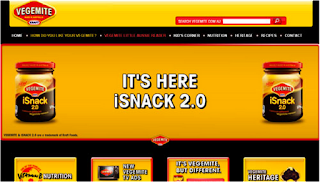 And the extremely successful “The best job in the world” campaign by Tourism Queensland that went viral extremely quickly and earned the brand over AUD$400 million of estimated marketing dollars when it was picked up by mass media including global news coverage from CNN stories to BBC documentaries, Time magazine articles and everything in between.


The best job in the world campaign was successful because they kept the footages original. They simply built a system of supporting marketing mediums around it and let the people vote for the most suitable applicant, allowing the people to have their say every step of the way and creating an emotional connection with the audience. 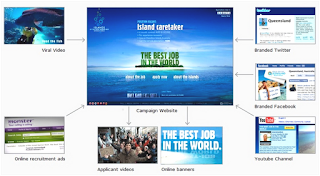 
iSnack 2.0 cough*failed*cough because although they went out of the box by collaborating with the target market on coming up with the name, they didn’t follow the idea through and the name selection process happened in the boardroom at Kraft. As boardroom tradition goes, they never pick the name somebody likes; they picked the name nobody hates. So not only did Kraft mess with “our” brand, the people who went through the trouble of coming up with a top-notch name, submitting it then crossed their fingers also feel used. I would imagine a similar case with Life in a Day. Perhaps the film should have been edited by the person who submitted the footage, because they’re the only one who knows exactly what the video wanted to express. By excluding them from the editing process, some value and meaning might be lost in translation, which is such a shame as people put so much effort into it, and it’s disappointing to see it not achieve its full potential.

This marks the end of the entry. Please stay tuned for the next blog on Google. In the mean time, be well and stay lovely!
Posted by Master of Marketing at 09:21