Hello everyone. In my attempt to be “current” I have dragged Qantas into the water. Qantas is officially back in the air yesterday at 4pm, after Fair Work Australia ended the unprecedented two-day grounding of its aircraft sparked by a divisive industrial dispute.
Qantas’s recent attempts in reshaping the airline have become a PR disaster. This defective use of PR by Qantas is a perfect example of corporate spinning failure which greatly damaged the brand. Alan Joyce's problem is that no matter how hard he tries to beat the national icon drum, his customers know it's not true where it matters: service and efficient movement from Point A to Point B.

ATEC managing director Felicia Mariani says the industry has started assessing the damage the weekend's grounding of the Qantas fleet has caused and whether it has done more harm than the long-running dispute between the airline's management and workers. 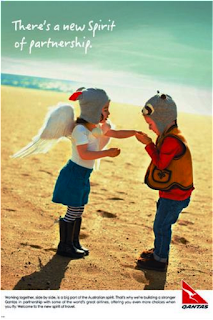 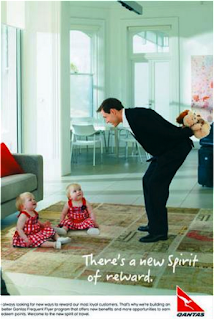 Qantas spent $2 million buying wraparounds and full-page ads in the nation's newspapers to soften the fall. These are full page ads claiming to be building a ‘stronger Qantas’ while remaining in a state of denial over the management failures that have so badly damaged the carrier. Qantas management’s answer to dismal fleet planning is to cut 1000 jobs. But it hasn’t announced anything that will recruit new Australian customers, win back the lost legions, nor even keep those who have remained loyal. In addition, Qantas continues to damage its reputation by playing the blame game, accusing the Transport Workers Union of holding the airline to ransom and disrupting passengers and completely grounding it’s fleet.

Prime Minister Julia Gillard has blamed Qantas for leaving thousands of passengers stranded in Australia and around the world, insisting the airline didn't need to take the "extreme" action of grounding its fleet.

A group that co-ordinates a national response to major shocks to the tourism industry was assessing the impact of the turmoil at Qantas, she said. Tourism and Transport Forum (TTF) boss John Lee sees the weekend grounding as a "forgettable event" which won't do long-term harm to the industry. Mr Lee said the swiftness of the Government's response to the grounding had given the tourism industry certainty and helped prevent lasting damage.

"It's not as long-lasting as the earthquakes in Turkey or the recent flooding in Bangkok, so in the eyes of potential international visitors this probably isn't going to last in their memories," he said. "This recent phenomenon we all have in our modern lives, with so much information through technology, will mean this will be a pretty forgettable event come Christmas." 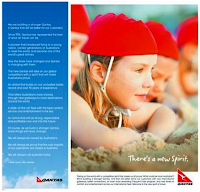 Many travellers reflect they chose to fly Qantas because they consider Qantas to be safe and reliable, which they no longer do. As for Australians, Qantas’s betrayal to move off-shore will destroy their value of being an Australian owned brand, one of their biggest selling points.

Do you think Qantas have gone too far this time? Or do you think the union has been too harsh?