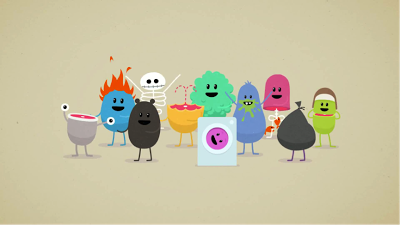 Australian Ads have had the most successful campaign in the history of the Cannes Lion.

The 60th Cannes Lions International Festival of Creativity has become a proud part of Australian advertising history. Never before has Australian creative talent fully dominated the list of Cannes Lions winners. In my opinion, the Cannes festival is highly conservative – a kind of bourgeois event where you, as an advertiser, needs to prove your creativity, rather than being simply recognised for your talent. With this in mind, just it is impressive to see the performance of by Melbourne’s McCann for their advertisement for Metro Trains entitled "Dumb Ways to Die". As well as reaching viral status, the cute and slightly morbid cartoon scored five Grand Prix: film, PR, direct, radio and integrated.

It was a truly massive event in Cannes this year, more than 12,000 advertisers with about 35,000 ad works out lion hunting. A numbers of creative icons held inspiring speeches guiding the audience on the future of advertising. Speakers such as Apple ad-man Lee Clown, Chuck Porter - whose provocative anti-tobacco “Truth” campaign is already cutting down the number of school smokers, fashion guru Vivienne Westwood, and many others talked about two popular trends that’s going to modify the advertising world.

The first aspect is the real social impact that ads create. It doesn’t matter whether you serve not-for-profit campaigns or are creating commercial advertisements; it is time to take greater social responsibility behind you commercials. Nearly all the cases and communications at Cannes gave the impression of this idea. From public campaigns like Metro Trains’ to Coca-Cola’s “Small World Machine,” the trend of taking social responsibility when marketing a message is growing.


Technology is the other buzz topic at Cannes. This can’t be communicated better than Lee Clown, the “Think Different” creator, when he stressed:

“When the camera was invented, artists didn't just throw away their brushes and start taking pictures. It was technology for many years before artists discovered what they could do with it. I think the artist still hasn't discovered the possibilities in new media and the Internet and how you use this technology to beautifully and intelligently express brands. Technologists have had the lead for a while, but the artist will take over.”

From the 60th Cannes Lions, one simple idea can be the most valuable take-away. The capacity of technology, utilised by creative minds may be the way forward to finally support our daily life and brand experiences.