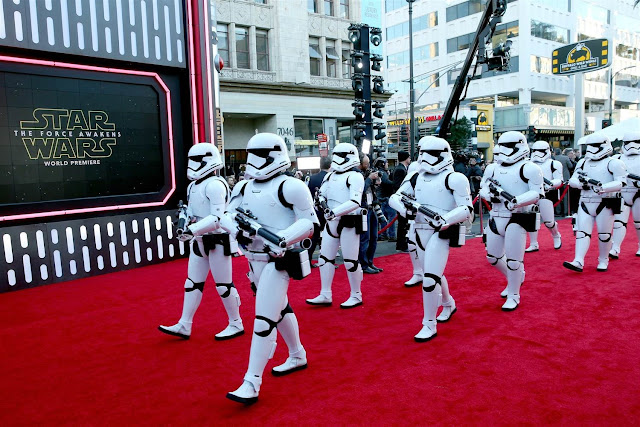 Star Wars, as we know it is a culture phenomenon in itself. Since the release of their newest addition by Disney, “The Force Awakens”, Star Wars memorabilia saw a 200% increase amongst Australian consumers over Christmas since the same period last year.

The marketing campaigns of big box office movies always seems to spark my interest. Star Wars, The Force Awakens, had huge shoes to fill and boy did Disney do their job! There is no doubt that The Force Awakens is, in some sense, the reintroduction to that universe we left a long time ago in a galaxy far, far away.

The 10 of December marked the biggest day for Star Wars merchandise purchases. After a steady increase throughout the start of November, in the lead into Christmas, data from cloud-based retail management software company, Vend, showed, “you don’t have to be the brightest lightsabre in the galaxy to know that Star Wars is pretty hot right now, but it’s great to see that its popularity is paying off for Australian retailers,” says Vaughan Rowsell, CEO of Vend.

Furniture and home wares was the retail category which saw the biggest increase in sales last year between 1 November and 31 December, with a 116% increase on the monthly average. This was followed by books (93%), toys and games (61%), jewellery (53%) and sporting goods (52%).

“Last year Australia saw record levels of Christmas spending across the country, and the industry’s coming off a pretty strong 2015, so it’s likely we’ll see another great season for retailers – and the Star Wars effect is certainly helping,” Rowsell said.

The film has already broken a box office record in Australia, as the highest grossing midnight screening in Village cinema’s history. It’s also doubled the previous record for pre-sales, held by Harry Potter and the Deathly Hallows. Village screened the film 733 times Australia-wide in the first 24 hours of its release.

The Force Awakens distances itself from those movies, and does its best to provide fan service and nostalgia. But it’s more than that, we get to see these old, beloved characters once more. Even while it seems to go through so many of the old motions, even as it wows us with its big action and sparkly energy, it treats its characters with more dignity and complexity than ever before.

There’s a new hope for the Star Wars franchise.

Lauren Musat
Current student in the Master of Marketing program at the University of Sydney Business School
Posted by Sydney_Business at 10:30