Why We Should All Pay Attention To Blockchain

If you haven’t already heard of Blockchain or how it’s disrupting technology and industries, then it’s time to take note. With promises of increased accountability and transparent record keeping, smart contracts, secure decentralised payment systems, and token-based communities, Blockchain is set to bring about change, whether you like it or not.

At the University of Sydney’s Business School, students are taught how to challenge conventional thinking to remain agile in a constantly changing environment. Which is why students in the Master of Marketing program learn how to identify disruptive technologies and trends using a range of frameworks and underlying theories to help the brands they represent stay ahead of the game.

What is a Blockchain?


Since its creation by the anonymous and illusive founder, Satoshi Nakamoto, Blockchain has meant a lot of things to a lot of people. But one of its principle applications is in the infrastructure behind Bitcoin. While it may just be the most revolutionary technology since the Internet, according to Martech Today, it’s essentially a distributed spreadsheet or ledger than is simultaneously maintained with no central data storage.

Authors of Blockchain Revolution, Don and Alex Tapscott, go one step further with their definition, describing it as an incorruptible digital ledger of economic transactions that can be programmed to record not just financial transactions but virtually everything of value. 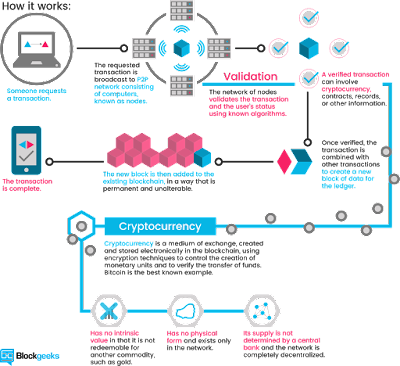 Unlike centralised financial institutions, there is no main body issuing funds, controlling the market or dictating how money is transferred. Simply put, digital currencies- or crypto-currencies, like Bitcoin, are actually accounting systems that can’t be co-opted or neutralised.

Instead, information exists as a shared and continually reconciled database, duplicated across a network of computers using the network. BlockGeeks write, ‘’The Blockchain database isn’t stored in any single location, meaning the records it keeps are truly public and easily verifiable. No centralised version of this information exists for a hacker to corrupt. Hosted by millions of computers simultaneously, its data is accessible to anyone on the Internet.’’

Although you might just be learning of it, Blockchain is by no means a new technology. It is essentially a combination of asymmetric cryptography (public/private keys encryption, which is how the Internet is secured today) and distributed systems. Whispers of it were heard back in the 1990’s when the world wasn’t ready. Enter a world, post GFC, where the timing was ripe. It was clear to all that it was time to disrupt global financial institutions and create a fairer system of sending value over the Internet. 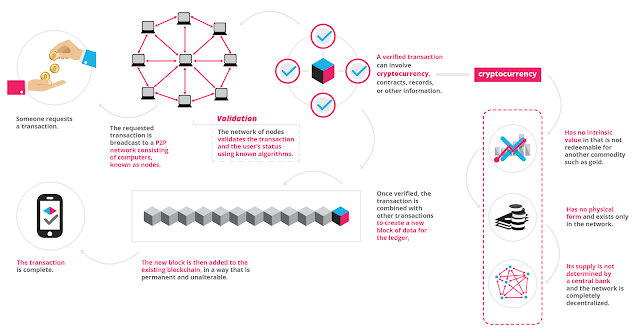 The Bitcoin Protocol, as described by Abdelmajid Erramiline in his post Bitcoin: a cryptocurrency revolution, differentiates itself from conventional currencies that are based on fixed quantity of metal or fiat currencies.

Instead, Bitcoin is:
Since its invention in 2008, the Bitcoin blockchain has operated without any issues aside from those originating from human error or mal-intention. It’s robust, like the Internet, which has proven to be durable for around 30 years now. This is in part due to the fact that it possesses the ability to store blocks of information that are identical across its network. This decentralised peer-to-peer network protects against double spending by verifying each transaction added to the blockchain. 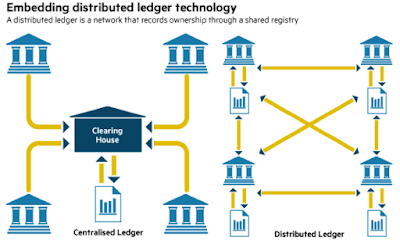 How could Blockchain change marketing & advertising?

As marketers and advertisers, we are constantly on the lookout for disruptive technologies and their impact on different industries. Which is why it’s important to take note of its adoption in these early stages.

Digiday explains some possible applications for the technology: 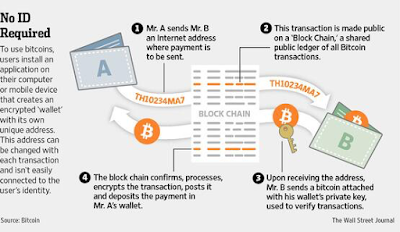 When making online transactions, the whole process is closely connected to identity verification. It is easy to imagine that wallet apps will transform in the coming years to include other types of identity management. This possibility is perfectly summarised by William Mougayar, author The Business Blockchain: Promise, Practice, and Application of the Next Internet Technology , “Online identity and reputation will be decentralized. We will own the data that belongs to us.”

Who will use Blockchain technology? 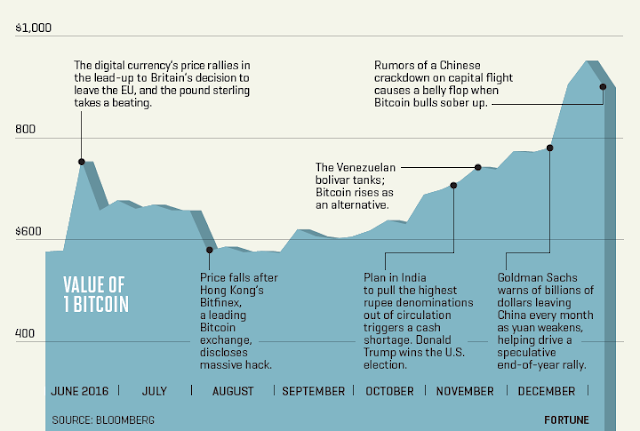 If you aren’t already blown away by its obvious benefits, let me lay it out straight for you. The most obvious benefit to this technology is a more secure global payment system. So when we ask, ‘Who will use it?’ We can assume that it includes pretty much anyone and everyone who needs to pay for consumer goods.

The World Bank estimated that over $430 billion US in money transfers were sent in 2015 alone. One huge drawcard here is the ability to cut out the middle-man and all the accompanying fees. With the invention of ‘wallet’ applications for smartphones that allow people to make purchases with cryptocurrencies, and physical Bitcoin Cash distributers, Bitcoin can now be used by anyone and everyone to buy things electronically. Making it no different from conventional dollars.

In countries where governments have mismanaged the economy, causing hyperinflation, the benefits for consumers are increased tenfold. Because Bitcoin has the ability to be transferred across borders with no middleman and minimal fees, it’s the obvious choice for transferring money and paying for goods. 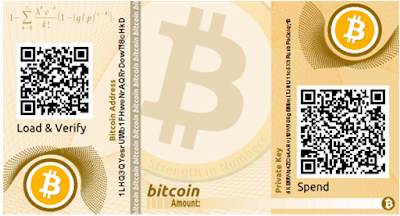 Luke Anderson, Lecturer at the University of Sydney and Director at Sigma Prime, explains how decentralised technologies are shifting the power dynamic away from the corporation and towards the individual:


"Traditionally, we've had no choice but to place a great deal of trust in organisations, and the judicial system that is tasked with keeping them honest. Now, decentralised technologies, such as blockchains, provide a game-changing alternative that enables us to place trust in technologies and mathematics which cannot be manipulated by any company or collective. This effectively shifts the power dynamic away from large corporations and towards the individual."

According to Deloitte, blockchain technology has the potential to disrupt industries such as financial services, remaking business practices such as accounting and auditing, and enabling new business models. So if strategists, planners and decision makers across industries and business functions want to keep their jobs in the future, they should already be investigating applications of the technology to avoid surprises.

Although it isn’t yet clear how this technology will be adopted across industries, it is obvious that innovation will likely change the future of transactions. Start-ups and even banks are beginning to adopt blockchain, which is why it is important for us to pay close attention.


Alyce Brierley
Current student in the Master of Marketing program at the University of Sydney Business School
Posted by Sydney_Business at 16:24