Will Apple’s iOS 6 Passbook App be the New Digital Wallet?

I enjoy traveling light. If I could have things my way, I would leave the house with just my wallet, phone and keys. Now Apple has created an app to bring their product users one step closer to the freedom of leaving the house with only their iPhone (or iPad) and keys… I could not be more thrilled. 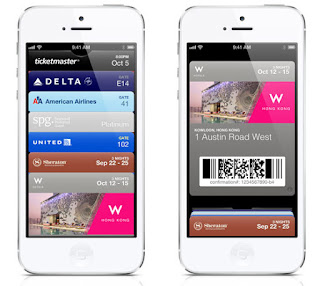 Apple’s new iOS 6 Passbook App is an Apple users’ dream in terms of de-cluttering their lives. It seems that an increasing number of stores have their own loyalty and rewards cards. If you’re not selective, in a number of weeks you can easily end up with at least 10-20 loyalty or reward cards. Not only does that make your wallet as thick as a brick, but it complicates life with the hassle of tracking points earned with each loyalty program. Who has the time to do that these days? The Passbook App is Apple’s solution to the chaos, offering simplicity to many of our already hectic lifestyles. Passbook will have the ability to store loyalty and reward card details.

Passbook not only seems to be leaning down the track of removing the bulk of your wallet, by eliminating all those loyalty and reward cards, but it will have the ability for you to rethink buying that extra ink refill for your printer. Movie tickets, concert tickets, sporting event tickets, and even boarding passes can be accessed through Passbook, completely eliminating the need to print and carry around paper copies. Since Passbook will be time and location sensitive, it will have the ability to display boarding pass information as you approach the airport on your way to your flight.

Apple’s Passbook App is not perfect. It was not designed to replace cash, credit card or bank cards as a payment option. Google Wallet has offered a similar product with the primary aim of completely eliminating your wallet, but Google Wallet has not done well in Australia due to lack of use.

Apple’s Passbook App will also have the ability to get customers into the door as well as increasing their number of purchases by offering relevant discounts as customers are in the vicinity of the stores. This key feature can be a powerful marketing tool, strongly resonating with the younger tech savvy generation. This builds the participating store’s brand awareness and most importantly improves the customer’s experience by offering value.