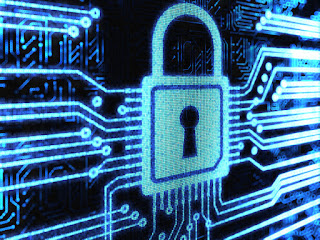 Every day, Australians provide enormous quantities of information about themselves to a wide range of organisations – to retailers, bankers, insurers, health funds, government departments and agencies and countless others. What do we know about how this data is protected? The short answer is that most of us know only “a little”, a handful claim to know “a lot” and an appreciable number say they “know nothing” about it.

A national poll on public attitudes towards privacy conducted late last month by the Association of Market and Social Research Organisations (AMSRO) shows that just under ten percent of those questioned claimed they know a lot about how companies and organisations protect their personal information while a quarter claimed they knew nothing about it. Between these extremes, close to two thirds of the population said they knew “a little” about how these organisations protect personal information.

Dr Terry Beed, an Honorary Associate Professor in the Discipline of Marketing at the University of Sydney commented on an advance copy of the results of the poll on Friday 16 November. His addressed a combined Business School/AMSRO Leadership Forum attended by over 60 applied and academic market and social researchers and special guest Timothy Pilgrim, the Australian Privacy Commissioner.

Dr Beed says, “This relatively low level of awareness has not changed much over the years. We could conclude people don’t care too much about what organisations do to protect individual privacy and are happy to let it go at that, entrusting organisations holding data about them to “do the right thing”. Alternatively, others might be alarmed they are being tracked or profiled and maybe protest about it individually or as members of organised groups. As the internet and mobile platforms become the dominant channels of marketing communication we will need a better understanding of how we feel about sharing personal information about ourselves with others”.

How do you protect your privacy on line? Is there any way that we can better protect ourselves when sharing personal details on line or over the phone in business transactions?


Terry Beed
Associate Professor of Marketing at the University of Sydney Business School
Posted by Sydney_Business at 12:16