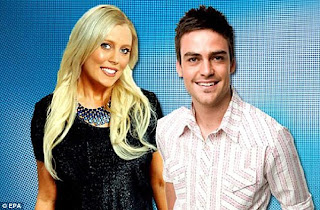 Since the 2Day FM DJs prank call to a London hospital where Kate Middleton was being treated for Hyperemesis Gravidarum (we all know what that means now) and the unfortunate death of the nurse who transferred the call to the duchess ward, much has been debated about the regulations, codes and moral standards breached as well as who is to bear the blame. The radio presenters, radio station, hospital staff and the nurse’s former mental state are now all being scrutinised in the search for answers.

Here we’ll take a look at the marketing implications for the brands involved in the incident, in particular the Southern Cross Austereo corporate brand, the 2Day FM music station brand, the Hot30 Countdown show brand and the individual radio hosts’ brands. Channel Ten has approached Professor Charles Areni, from the Discipline of Marketing at the University of Sydney Business School, to comment on the case from a brand perspective, and he has also shared with us some of his views.

According to him, the Southern Cross Austereo as well as the 2Day FM brands are unlikely to face serious damage as corporate brands tend to sit in the background preventing high exposure and associations with events like this. On the other hand, it’s probably the end of the road for the Hot30 show brand but, like any discontinued product brand, it can easily be replaced by a new brand tailored to the same target audience.

The focus of the blame and damage is clearly being directed towards the personal brands of the presenters, Michael Christian and Mel Greig – whether or not it is justified. It may seem like the end of their careers in media; however, history shows personal brands of other media presenters have been able to recover from similar backlashes and restore their value in the long run.

As pointed out by Prof. Charles Areni, American sports caster Marv Albert, commonly referred to as ‘the voice of basketball’, had his broadcasting career shattered in 1997 after pleading guilty to misdemeanour assault and battery charges involving bizarre sexual conduct towards a 42 year-old women. NBC, for whom Marv worked for over 20 years, fired him shortly after the incident only to bring him back onboard less than two years later.

Similarly, American sports radio host, Jim Rome, was the focus of a media frenzy in 1994 when he repeatedly insulted NFL quarterback, Jim Everett, a guest on his ESPN2 talk show. The host’s inappropriate comments prompted the player to attack him on air overturning the table between them and shoving Rome to the floor. The presenter admitted the event was an early career mistake and was able to bounce back ranking as the 29th most influential talk radio personality in 2008 according to the Talkers Magazine.

Can you think of any other brands that were able ‘resurrect’ after public backlash? What factors in your opinion have contributed to their come back?


Adriana Heinzen
Current student in the Master of Marketing program at the University of Sydney Business School
Posted by Sydney_Business at 19:39