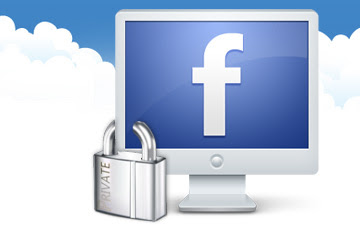 Shortly after the Data Privacy forum jointly organised by the University of Sydney and AMSRO, Facebook announced changes to its privacy and governance policies shedding light back on the use (or misuse) of personal data by organisations.

The world's biggest social media company is proposing the end its practice of letting users vote on changes to its privacy policies in favour of Q&A sessions and live webcasts with its chief privacy officer. Under Facebook’s current privacy policy, a vote is triggered if a policy change received more than 7,000 comments, and votes only counted if more than 30 percent of all active users take part. However, this did not happen in the last vote held by the company and is unlikely to do so given that more than 300 million people would have to participate now that the number of users is close to China’s population.

One aspect of the new rules has not received as much attention as it should: Facebook’s plans to use the data it has about users’ liking behaviour to show them ads outside of the social platform by rolling out an external advertising network. This strategy has proved successful with Google’s multibillion dollar Adsense and is aimed to support Facebook’s revenue-growth strategy in order to keep investors happy after the $50 billion market capitalization.

Facebook’s chief privacy officer confirmed their policies intent on a statement to Forbes magazine:
“Everything you do and say on Facebook can be used to serve you ads. Our policy says that we can advertise services to you off of Facebook based on data we have on Facebook.”

However, a large amount of users’ lack of awareness of Facebook’s terms and conditions were demonstrated by the viral spread of meaningless copyright disclaimers recently posted by users on their walls stating they owned copyright over everything they posted on the social network. Hopefully they have become aware by now that, by signing up for a Facebook account, they have already agreed to allow Facebook to use their intellectual property.

PwC have released a research saying 73 percent of Internet users are comfortable disclosing information about themselves online if they receive a tangible benefit for that in return. However, as one of the panellists of the Data Privacy forum has reminded us: “When something online is free, you’re not the customer, you’re the product.”

People are giving away their data in exchange for rewards and services without fully understanding the practical implications. An example raised on the debate was that many customers promptly agree to Flybuys terms and give away their shopping data without realising this can result on them being charged more than others for certain goods on their shopping list. This is something very few people would willingly consent to.

In the industry defense, online businesses will only survive if consumers trust them. If customers don’t, they will use other services, which is a self-preserving notion. However, as the companies that handle online data are getting bigger, people are getting less and less choice. In the case of Facebook, if someone wants to be able to effectively communicate with their overseas friends via a social platform, do they really have a choice? Arguing companies will mostly act in their self-interest and towards profit maximisation, other panelists reasoned data privacy responsibility ultimately lies within government regulation.

How can personal data be protected and who should be responsible for it?

Adriana Heinzen
Current student in the Master of Marketing program at the University of Sydney Business School
Posted by Sydney_Business at 12:31