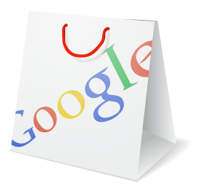 As many as 30 percent of US shoppers started their product search in Amazon.com compared to 13 percent who started a purchase search in engines such as Google in 2012 according to Research firm Forrester. Two years ago search engines were the preferred starting point for purchases search and Google is now on a mission to recoup online shoppers as much of its business depends on product searches and related ads.

Google’s product search engine, Google Shopping, was recently modified charging retailers a fee to be listed in the results. By turning top search results into paid ads, Google addresses allegations of biased search results by its rivals. This is clarified to customers by a discrete disclaimer on the top right corner “Google is compensated by these merchants. Payment in one of several factors used to rank these results”. Google also recently bought BufferBox, a company with a network of lockers that customers can use to receive parcels, which further emphasises its intention of playing a larger role in online retail.

Amazon, in turn, is selling ads that are displayed to the side of product search results on its website. According to comScore, the number of ads has more than tripled compared to 2011 figures. Although still a fraction of Google’s ad business, Amazon is using newly developed technology to leverage the customers purchase history and allow marketers to target ads at specific segments on Amazon.com and on other websites. This is invaluable data to advertisers as it tells them what customers have just bought and what they are trying to buy right now.

Other online giants have their eyes closely focused on Google and Amazon’s cat fight. Facebook, with its own search and advertising ambitions, has been lurking in the shadows, while Microsoft has put its gloves on with an anti-Google campaign launched last year. Having accused Google of "unfair pay-to-rank shopping practices", Microsoft has gone as far as putting up a site named “Scroogled” in a bid to deter customers from using Google’s new shopping service.

So far, Google Shopping has been seen by many customers merely as a showroom to figure out what items meet their criteria, a similar role to the brick and mortar retailers nowadays. Once customers figure out the brand and item they are searching for and get an idea of the average retail price, many still head straight to Amazon or eBay to make the purchase. The main reason is convenience and trust. Shopping direct from the vendors is still largely seen as a hassle due to the many steps involved in filling out forms, addresses and giving away card details to yet another unknown entity.

Google has pushed vendors to step up their customer experience last year when it released a series of humorous videos parodying customer’s frustration when shopping online. Now it seems to be taking matters on its own hands with a certification service highlighting merchants that ship quickly and up to $1,000 in "purchase protection" as well as its own Google Wallet payment service. In our Internal Marketing lectures, we looked at many service companies initiatives to ensure a consistent brand experience at every customer touch point. Google Shopping is still far from Amazon’s streamlined service but it is certainly heading in that direction. What other advancements could Google Shopping employ to improve customers’ experience?