How many dumb ways to die are there? So many! Which is exactly what Metro Trains Melbourne (MTM) wants their city-goers and train passengers to keep in mind. Preceding Air New Zealand’s more recent take on updating safety announcements, a Victoria state transportation company decided they needed a viral campaign to help lessen train, platform, crossing and station incidences along their busy rail network.


While some people are busy criticizing the compilation of freak accidents musically depicted throughout the commercial, clever underlying psychological tactics are at play to help define this company’s mission. By initially over-exaggerating potential causes of bodily harm during random activities, viewers start becoming hyperaware of their own behaviors, so that they can then relate to the examples of injuries at train stations towards the end of the ad. This hyperawareness gives MTM a good repositioning strategy in that it moves the fundamentals of transport safety back into the foreground, thus making the travel experience safer and more conducive to everyone. This repositioning may also help alleviate any previous doubts on safety monitoring.

Winner of seven Webby awards including, Best Viral Marketing Interactive Advertising & Media, Best Public Service & Activism (Social Content & Marketing), and Best Animation Film & Video, just to name a few, this ad truly puts Australian creativity on the map with help from McCann Australia (Melbourne advertising agency). With this ad they have found a successful way to communicate safety tips to Australian commuters, and they produced a safer public transport system, with some reports claiming up to 30% reduction of “near miss” incidents. 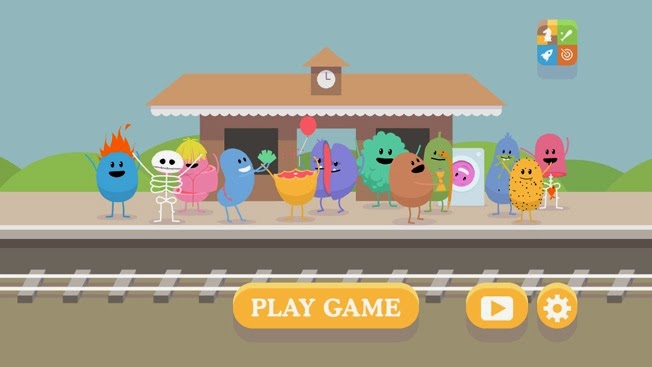 Having personally learned of the campaign in March 2013, the catchy tune and funny, memorable characters have since become the face of their own brand. The “Dumb Ways to Die” game and iPhone application were launched in May 2013, which was followed by multiple apparel items. I would not be too quick to throw on the gear, but if I ever need some entertainment while waiting for the train, I’ll be sure to download the app and brush up on my station safety knowledge, and have a little fun while doing so.

And remember, there are so many dumb ways to die, so just don’t let “getting run over by a train” be one of them!