Is there no such thing as bad publicity after all?

For those of you possibly living in social media exile, last week celebrity gossip website TMZ leaked elevator footage of Solange Knowles physically attacking brother-in-law, and rapper Jay Z, following their attendance at the Vogue hosted Metropolitan Ball. The footage was missing audio, and so it didn’t take long for #whatJayZsaidtoSolange to start trending worldwide, and an internet and media frenzy regarding the attack to follow.

Surprisingly, the breakout star of this whole debacle turns out to be the clutch that Solange used to attack Jay, and which she is seen holding on the red carpet a few hours prior to the incident. Given the part this clutch played in the attack, one could assume that the original designer would want nothing to do with the situation, and instead, choose to ignore the negative associations of this attack with his or her brand. But for Anya Hindmarch, the designer of said clutch, this was clearly not the route she chose to take, and instead, her team tweeted a tongue-in-check new campaign image for the clutch, as seen below. 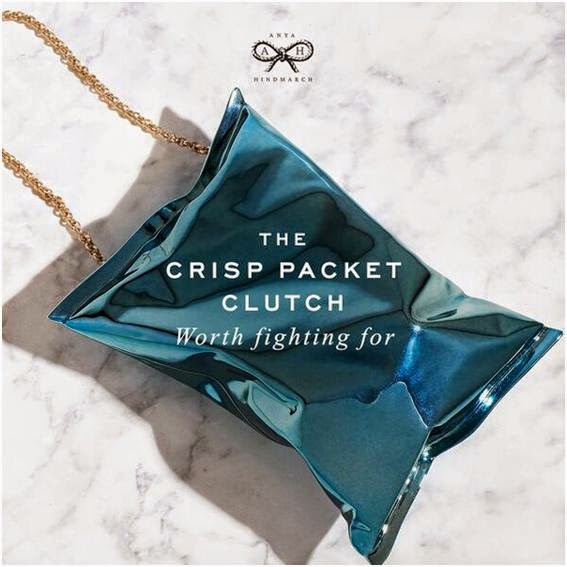 Although it is often argued that bad publicity, is still bad publicity, in a situation like this one, the opportunity to cash in on such wide spread media exposure is no doubt tempting, but is it worth the risk of making a bad situation worse? Well PR Maven, Ken Makovsky, argues that it really depends on how well known the company was before the incident, and how long the negative press lasts. In his article on this matter, he notes that ‘unless a company is afflicted by an ongoing crisis which is reported on almost daily in the print, broadcast and social media, most people in due time forget the occasional negative they read or hear and just remember seeing the company or product name in the media.’

So for a fairly niche accessories brand like Anya Hindmarch, whose name is only really imbedded into the minds of devote luxury consumers, it couldn’t really hurt to capitalise on the unsolicited exposure that this incident has brought with it. Apart from perhaps offending those involved in the incident itself, I would argue that it was a great example of making good of a pretty bad situation. Maybe it was too soon, or distasteful for some, but when punches are already flying, why not throw one of your own?

Salil Kumar
Current student in the Master of Marketing program at the University of Sydney Business School
Posted by Sydney_Business at 15:52