Since 2014, the business of banking for ANZ has given some of its ATM’s in Sydney a fabulous makeover with glitter, paints and sparkles in support of LGBTI celebration of Mardi Gras.

This year however, to mark one decade’s support towards Mardi Gras, ANZ have spent the weekend completely revamping their branch on Oxford Street to make it into a baroque inspired #GAYNZ, “fit for a queen”. The creative agency behind this fabulous campaign was Whybin/TBWA with execution by The Glue Society.

In working with Whybin, Mark Hand, chair of ANZ’s Australia Division diversity council said “They’ve got the recognition they deserve globally with awards out of Cannes. It’s fantastic for them and we’re happy to be their muse in some respect, to be able to provide a canvas for them to show their creativity. It’s phenomenal what they’ve done and they deserve every plaudit that they get”. 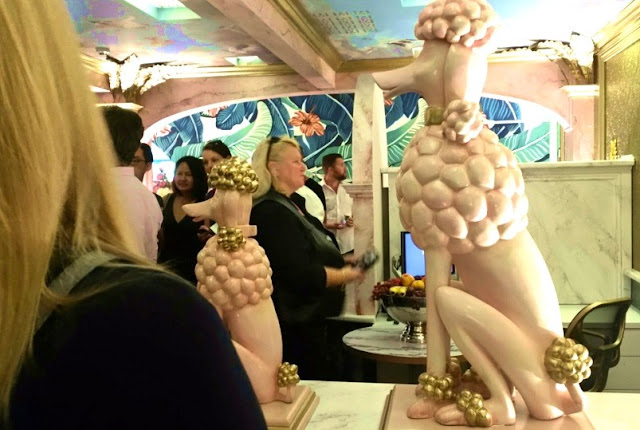 The new GAYNZ features two new GAYTM’s, ornate walls, marble floor and 16 unique hand painted murals inspired by the LGBTI community. Mr. Hand stated that “diversity, inclusions and respect is an important part of what we doat ANZ so we are particularly proud of our partnership with Mardi Gras, which started because our staff passionately believed in supporting the cause 10 years ago."

The ANZ Bank further collaborated with Twitter to develop a rainbow colored flag emoji that will appear whenever #GAYNZ is used across the social media platform.

Four GAYTM’s have also been given back to the George Street and Pitt Street branches. ATM operator fees for non-ANZ cardholders from GAYTMs will once again be donated to Twenty10, a not-for-profit organisation working with and supporting people of diverse genders, sexes and sexualities, their families and communities.

While a number of brands do support the Mardi Gras, many question as to why more don’t get involved considering it is a great way for brands to get some of their own support.  For those wanting a fun, fabulous and flamboyant night, check out the parade which will be held on Saturday March 5th.

As for us Marketing students, we will be welcoming a new large cohort. To celebrate their commencement into the Masters of Marketing, welcome drinks and an evening of introductions will be held this Thursday 25th of February in the New Business Building. For further information please contact lauren.musat@gmail.com


Lauren Musat
Current student in the Master of Marketing program at the University of Sydney Business School﻿
Posted by Sydney_Business at 11:36