Modern marketing for Maccas, you say? 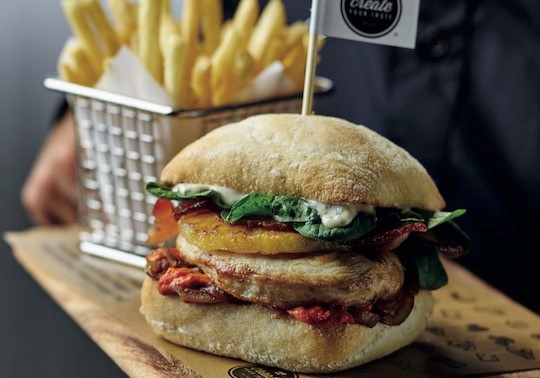 There is no doubt that consumers are increasingly becoming more demanding, particularly due to the variety of choice we now get. With this being said, brands such as McDonald’s have responded by evolving their products and communication strategies to meet the changes in customer needs.
In 2015, the initial launch of their new steak range of products saw McDonald’s enter the experiential world of marketing where elements of fun, disruption and interaction bought over the hearts and wallets of thousands of consumers. Lunchtime was not deemed so ‘boring’ anymore and Maccas now saw their campaign make it into the notorious Guinness World Records.
As the whole campaign centered around the idea of this red and yellow ‘lunchbox’, McDonalds decided to build one that really reinforced the idea of Maccas being the fast food ‘giant’.
The lunchbox was parked outside the Opera House for two days gaining interest, traction and curiosity from all the foot traffic travelling past. Once the #maccaslunchbox was opened a restaurant appeared giving away free sampling testers of the steak wrap. 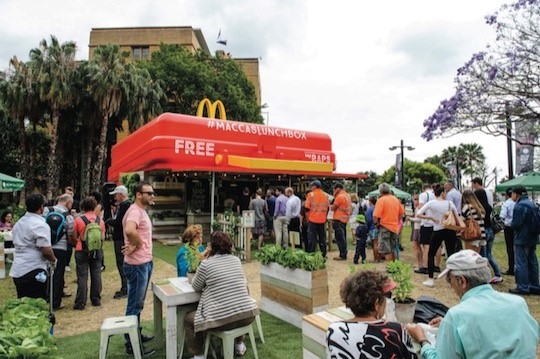 The success of this campaign saw customers interact with the pop up restaurant by using their unique #maccaslunchbox hash tag to post images across social media generating a huge amount of awareness for the brand. The success of the campaign enabled Maccas to pack up their lunch and move it across the country.
Current Consumer Challenges:
There will always be a level of marketing challenges businesses will face. With the plethora of new innovative technologies on the scene, the idea of being able to really ‘connect’ with consumers will be something that McDonald’s need to continue to address in order to stay ahead of the curb.
Consumers in this day and age want to feel valued, they want to feel good about the food they put into their mouth and Maccas really needs to keep up with the times along with the changing lifestyle and needs of the people keeping them in business.
Maccas – World leader or follower?
Even though McDonald’s is perceived as a large international brand, each country continues to operate autonomously. Australian CMO for McDonald’s stated that “over the past 40 years, McDonald’s has been part of the Australian fabric and community and we’re really passionate about serving that community, so I wouldn’t say that we ‘lead the world’, I just think were independent and we just do what’s right for us”.
Brds these days lose sight of who they are and whom they are targeting their products to. If McDonald’s Australia was to implement the same communications strategy and product lines seen in India or America, I don’t believe their success would have lasted this long.
We as an Ozzie nation love our coffee and with the introduction of cooking shows such as MKR and Masterchef we have wanted to become more involved in the process of cooking, along with an understanding about what exactly were eating. 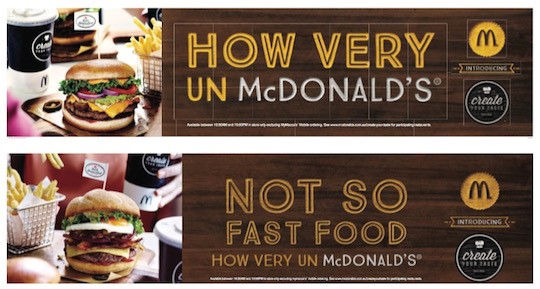 McDonald’s remains hugely successful at understanding their consumers. They listen and observe, and as a result of the changing face of Australian consumer needs, launched the McCafe along with the ‘Create Your Taste’ meals.
The Modern Media Menu
When CMO Lollback was asked about the best media mix for McDonald’s, his response indicated that McDonald’s Australia is a large media buyer that uses a diverse range of media channels. At the end of the day, Maccas is a large conglomerate brand that has multiple parts, trying to serve customers seven days a week with multiple messages and multiple demographics.
“We absolutely still use TV and see television as a really important part of our portfolio. We definitely use outdoor, we use radio, we use mobile, we are very much on social media. Money moves around – I don’t think anybody would be surprised to see more money be directed into digital – but it’s not an avalanche,” says Lollback.
McDonald’s has always been a big user of outdoor, however once it moves towards a more digitalised environment consumers should start to really see some clever pieces of advertising being promoted across the country. Reflecting on our culture, I suppose outdoor has proven to be hugely successful for the Australian division as most of the Australian consumers drive around in their cars, or catch busses and trains.
Lollback predicts that outdoor will continue to evolve but it will depend on location. It only makes sense if there is proximity, however over time consumers should start to see some interesting things happen. In terms of interactivity, mega sites like Trafalgar Square in London have already started to be utilised in a creative way.
In regards to digital, it still remains to be quite an erratic medium to use. “Digital is going to open up a lot of flexibility around out-of-home,” Lollback says. “We’re exploring, we’re experimenting, but to be able to do it en masse, on road signs and the like, it’s still got a long way to go.”
Looking Ahead
Having been the market leader for a considerable amount of time, McDonald’s doesn’t get too distracted or focused on its competitors. At this point in time, the best thing they can do is grow. The more they lead, the more they will continue to innovate and in return customers will reward them.
There is no doubt that customers want more choice than ever, demands are increasing and lifestyles are changing. With this being said it is up to Maccas to continue leading their category and respond to the changing face of Australia.