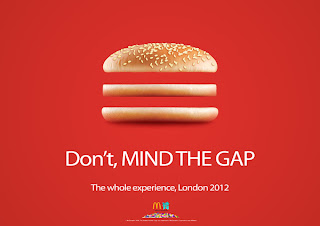 Another Olympic Games has come and gone. And while Australian swimming may not have done as well as usual and are looking to review their performance, one organization that performed well in this period was McDonald's in Australia.

Obviously, we're not privy to the detailed financial results of McDonald's or their ROI on their significant investment as a major sponsor of the Olympics in London. But what is impressive is the way that McDonald's in Australia leveraged their Olympic association.

Love them or hate them and no doubt some people will argue that McDonald's should not be associated with sporting events - but that is not the point here. The point is that the way that McDonald's has executed its Olympic sponsorship provides a great case study for how other firms need to implement sponsorship strategies.

Sponsorships have become a common part of a communications platform, particularly for larger firms. It is estimated that around 1% of marketing budgets are allocated to sponsorships, as they have unique advantages over other forms of promotion, particularly in the area of building a positive brand association.

Gone are the days where the sponsorship arrangement would simply be the payment of the funds and then adopt a 'hope for the best' approach. These days, most sponsoring firms would recognize that they have to work hard at leveraging and highlighting their sponsorship connection.

That's why McDonald's approach in Australia provides an excellent case study. They introduced a range of short-term menu items, with each tied to a previous Olympics, such as the Sydney Stack and the Beijing Chicken, along with a Coca-Cola Olympic glass give-away sales promotion.
This overall campaign clearly connected McDonald's and the Olympics, gave them additional products to sell, added variety for their regular customers, and gave the opportunity for different promotional messages and a value-adding sales promotion.

Overall, McDonald's has demonstrated a far more effective way of leveraging a sponsorship, rather than simply running ads saying that they are 'proud sponsors’. What are your thought on the issues surrounding the Olympic sponsorships? Should a company such as McDonald’s be a sponsor of the Olympics?