Are we all hard-wired to make bad decisions? 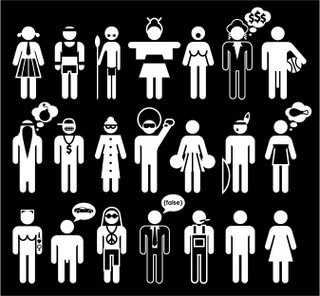 The Marketing Research for Decision Makers unit of the Master of Marketing program at the University of Sydney Business School has adopted a new approach this semester. Previously, the unit focused on teaching how to assess and evaluate marketing information so as to improve our decision making ability. This semester the learning objectives have been expanded to explicate psychological biases that cause us to routinely make bad decisions. Interestingly, these biases are a consequence of automatic and unconscious cognitive processes, which make it very difficult for us to not only avoid them, but increasingly difficult to even know when we are using them.

You would think that a person possessing high intelligence and extensive life experience would be relatively immune from cognitive biases. However, this is not so and this is what makes the unit both thought-provoking and challenging. To illustrate, in the most recent class the fundamental attribution error was discussed. This error concerns a universal tendency for people to overweight personality characteristics and underweight situational factors when attributing blame or the cause of a situation. In other words, people automatically attribute causes to the personality of others, even when situational factors are likely to be present. In the current US Presidential Election Campaign, Republican nominee Mitt Romney has made this error which has provided ammunition for President Barack Obama’s re-election advertising strategy.

In his now infamous gaffe, Romney suggested that 47% of Americans pay no income tax and will not vote for him because they believe they are victims who have become dependent upon government handouts. Further, he stated that these Americans believe “the government has a responsibility to care for them” and that they can never be motivated to take personal responsibility for their lives. Clearly Romney’s statement overweights personality characteristics because it assumes that all non-income tax paying Americans possess a free-loading disposition, believing the government owes them a living. Romney has seriously neglected salient situational circumstances that would explain why most of these Americans do not pay income tax. For instance, war veterans, seniors, blue-collar workers who currently earn low incomes; and college students do not pay income tax but you could not characterize them as people who are not taking personal responsibility for their lives.
Romney’s howler has provided President Obama with a telling message that he is canvassing in his “My Job” re-election advertising campaign. The strategy is distinctive because, sans President Obama’s endorsement at the beginning of the advertisement, contains no commentary from the President or his supporters. The advertisement implicitly advocates not voting for Romney by simply using his ill-chosen comments against images of people that represent the 47% of Americans he has miscategorised as lacking personal responsibility. It appears that Romney’s prediction that non-income tax paying Americans will definitely vote for the President could become a self-fulfilling prophecy!

How could an experienced political campaigner like Romney make such a critical error? As stated earlier, faulty biases tend to automatically influence our thought patterns. We do not necessarily know that they are distorting our cognitions when we are actually making decisions. It is most likely that Romney is now berating himself and cannot believe he said the comments he made. He probably now knows where his decision making process went wrong. However, it is generally easy to see the error in our ways after the fact; and in Romney’s case the error cannot be reversed and appears very damaging.

What can we do before we finalize our decisions that can assist us avoid these faulty cognitive biases? What we do know is that even knowledge of the different types of biases is no guarantee that we will not use them in our own decision making. Strategies to avoid cognitive biases are constantly being developed but generally focus on decision makers being more conscious of their thoughts and reasoning during each step of their decision making process. Ideally, a third party independent of the decision and with knowledge of cognitive biases should vet the process, highlighting areas of concern and then providing feedback. It is easier to detect cognitive biases in another person’s decisions as opposed to your own. Perhaps an independent person reviewing Romney’s speech with knowledge of the fundamental attribution error may have stopped these words ever being said.