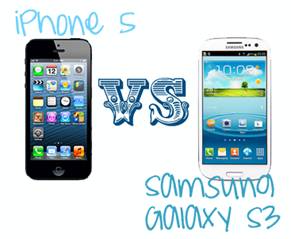 There is only a very select range of products that can successfully implement a marketing strategy that revolves around ‘low supply and high demand’, with with the goal of increasing the desirability of a product and ultimately increasing sales.

One company in particular has proven particularly adept at this strategy. Apple has successfully done this time and time again for the release of a number of its products, the iPhone 5 being the most recent.

It would not be at all surprising if Apple fans worldwide would be well and truly over waiting in line to get their hands on the latest (and supposedly) greatest from Apple, but that is not the case.

Apple has strategically regulated the volume of iPhone 5 handsets available in the market to be well below demand, justifying bragging rights to all who have been 'lucky' enough to get one.

Moving forward, Apple might need to rethink their marketing strategy, especially with the appealing features that their competitors are sporting. For instance, Samsung's Galaxy S3 has a number of advantages over the iPhone 5, including a larger screen, better resolution, and a significantly longer battery life both in standby mode as well as during talk time.

Samsung has used the hype of the iPhone 5 launch to their advantage by informing potential iPhone 5 buyers of the features of their Galaxy S3 smartphone through mainstream media as well as through social media channels.

Also, Samsung's presence outside Apple stores in several major cities during iPhone 5's launch week was subtle, but Samsung's message was clear and well in line with their tag line: 'It Doesn't Take a Genius'

The implication of that tagline being that it really doesn't take much thought to grasp the clear advantage the Galaxy S3 has over Apple's iPhone 5. Samsung's other tag line: 'The Next Big Thing Is Already Here' is a head on attack to Apple's tag line: 'The biggest thing to happen to iPhone since iPhone'.

After completing a class in Innovative Marketing Strategy as part of my Master of Marketing degree at the University of Sydney, I'm fascinated to see how Apple will adjust their marketing strategy for the future. It will also be very interesting to see how Samsung copes with more prominent up and coming competitors in the smart phone market , such as Nokia's new Lumina handset.

I’d be very interested in hearing your thoughts on the marketing strategies that Apple and Samsung are employing. Please feel free to have your say in the comments section below.

Mina D. - current student in the Master of Marketing program at the University of Sydney Business School

Posted by Master of Marketing at 09:46