We've been talking a lot in class about value propositions and brand meanings. Most of the time, we study exemplary cases – where brands have offered outstanding value for customers, and customers in turn have responded with trust and loyalty. It’s a two way street. We do, however, forget there are brands out there using the same set of marketing tools – but making a mess of things… 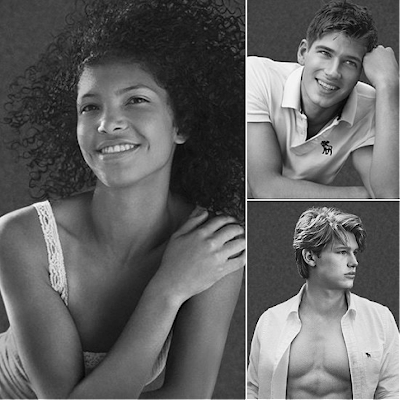 A recent article on SMH urged that perhaps it’s time for Abercrombie & Fitch CEO, Michael Jeffries to move on from the company, as the strategy behind the company may be the very reason for the decline in sales. Not one to be shy, Jeffries has been very vocal about who – or more specifically, who isn’t - Abercrombie & Fitch’s audience. A quick Google can reveal the many lawsuits, comments and slip ups where A&F have managed to step on the toes of the majority, while simply trying to target their audience. A target audience that seems to be getting smaller and smaller.

While theoretically they are doing the right thing, really pinpointing their target customer, they are doing it in a way that alienates pretty much everyone else. Alongside this, in a world where we are increasingly growing suspicious of large corporations and their agendas, A&F are not showing appropriate Corporate Social Responsibility and their role in shaping the opinions of young people. Should they be really pushing the idea that being thin and cool are the only things to strive for in life? Surely education, community, happiness – or countless other attributes – are far more inspiring for young people to aspire to.

“In every school there are the cool and popular kids, and then there are the not-so-cool kids...Candidly, we go after the cool kids," Jefferies was quoted as saying. "We go after the attractive all-American kid with a great attitude and a lot of friends. A lot of people don’t belong [in our clothes], and they can’t belong. Are we exclusionary? Absolutely."

The problem with this very exclusionary way of branding is that people can retaliate against you. In the case of A&F, writer Greg Karber launched a controversial social media campaign to reposition the brand by donating A&F to the homeless. Although Karber has received criticism for exploiting those in need to illustrate a point, his campaign gained momentum and brought to light the behaviour of A&F. "When (the brand's) clothing is damaged, instead of donating it to the poor or unfortunate, they burn them," says Karber.

In my opinion, just because you have all the tools, doesn’t mean you will know how to use them properly! Abercrombie & Fitch demonstrate how a lack of understanding of customers can really damage your brand, cause retaliation and bad press. Oh! And one more thing, it’s pretty strange for a company that sells clothing that your ad campaigns very rarely feature any clothes – just food for thought!