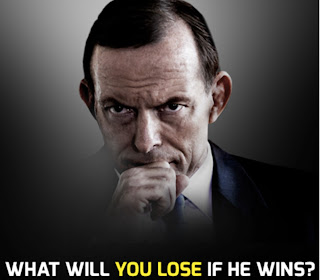 It seems pretty interesting getting through an election race without actually having to be involved as a voter. As we are both are non-Australian, we have an unbiased look at the current election campaigns and how they have shaped our thoughts. To be honest, neither Kevin Rudd nor Tony Abbott seem like very inspiring speakers, yet there are a number of questions in regards to political and economy matters that they are going head to head on. What is the most surprising to us is how far both campaigns have gone with their extremely negative massages. Not only is the content negative, the tone encourages the general public to not only not vote for, but to also fear the opposing party. To the outside observer, the campaigns seem to lose the real value of the candidates and what they stand for.


We discussed an example of this in our Marketing Research for Decision Markers class. Take for example the below advertisements employed by Australian Labor party in their current re-election campaign. This very dispiriting campaign has used what is called the Prospect Theory (http://en.wikipedia.org/wiki/Prospect_theory) to encourage people to vote for Labor. But wait, hold on a minute…In these images, no where does it actually say “Vote Labor” as you would expect. This is because according to the Prospect theory, if you are in a ‘winning’ state of mind, or if things are neither good nor bad, you tend to be loss averse and stick with status quo instead of taking the risk of the new guy stuffing things up. However, if you are in a losing frame, or when things are not as good, you are risk seeking, and you would be looking for change – think Obama 2008.

So according to these ads, the prospect theory, and The Labor party, Australians must be in a pretty okay situation. And the clever marketing tactics employed here are working to heighten the feeling of risk in switching governments. Whether this risk is real or not is debateable. But voting, like many other decisions we make, can be influenced by these tactics which tap into the psychology of our decision-making. 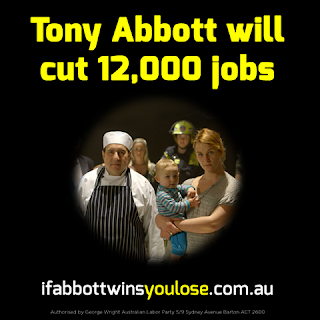 Another thing we are noticing is that these campaigns are getting digital. A first in Australian election history, both candidates are heavily utilizing social media to tap into minds of over 12 million Australian Facebook or Twitter users. While Kevin Rudd, like Obama’s previous campaigns, actively exploits Twitter with 1,414,783 Followers, compared with Abbott’s 165,852 Followers, Tony Abbott tends to win Facebook battle with 229,775 “Likes” against his rival with only 114,671 “Likes.” http://www.smh.com.au/federal-politics/federal-election-2013/social-media Whether social media directly represents real voters’ preferences, it is clearly the most effective tool to engage with voters in real time.

What we can also see is the huge influence of Obama’s campaign on this Australian election race. It started with Kevin Rudd, who recruited a former strategist for Obama. This created a huge public and media backlash – while communicates restrictions for overseas professionals, he is more than happy to nab them for this election campaign. But the problem is as we see it, is that there are some unique skills, assets, and value that cannot be simply copied. We think, probably why Labor doesn’t go further than Twitter.

On the other side, Tony Abbott heavily exploits Obama’s strong roadshow campaigning. We can think of least two main public rallies in which he has been dressed up quite similar to Obama, with skinny suits and white shirts – your stylish political choice. But even more noticeably is how Abbott’s family is involved with his campaign. And it makes for great content. Forgetting policy and politics, it seems the Abbott daughters drum up much excitement and adoration from media and public alike.


In conclusion, we feel we are very lucky for not having to make a tough decision this election day. From a marketers point of view, we’ve been able to sit back, relax, and really take a critical eye to this year’s election campaigning.

Elena Sveshnikova and Hongi Luo Current students in the Master of Marketing program at the University of Sydney Business School
Posted by Sydney_Business at 17:57