Coca-Cola departs from Classic Coke Red to a greener look 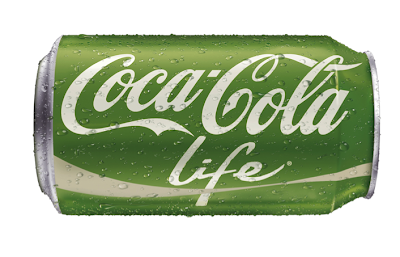 I’ve learnt a lot during my studies in the Master of Marketing. Actually, I think that may be an understatement. I walk around now constantly bewildered by my environment, analysing packaging, advertising, reading into the most minute aspects of the world. This is because since undertaking my masters, I have understood that is someone at the end of the chain, making a decision for every minute element of most things.

Along with this, I have gained a lot of respect for the Coca-Cola Company. I’ve written about them before. And despite my status as a ‘lapsed’ customer (I kicked my Diet Coke habit a few years ago), I still pay attention to their products. This is why I am deeply intrigued by their recent new product, Life. Launched into the Argentinian summer, Coca-Cola Life is positioned as a low-cal alternative that is sweetened naturally. Featuring a mix of sugar and stevia, Life has 108 calories and is an offering that sits between Original and Diet offerings. Along with this, the bottle version of Life also boasts the company's award-winning PlantBottle, which is made from petroleum-based materials and up to 30% plant-based materials. Ever the image of a socially responsible global giant, the company hopes to be able to have a 100% plant-based bottle eventually in their line.

Not only is it a risky move, migrating away from the adored and iconic red colour (I recall the New Coke disaster, or when they made their can silver for Christmas), Coke has entered into an uncertain position in the market. Although previously Coke and Pepsi have dipped their toes into the waters of the ‘mid-calorie’ offering, Pepsi currently is swimming with their Pepsi Next offering. Pepsi Next was examined by most of the students of the Master of Marketing in our Evaluate Market Performance class, taught by Geoff Fripp, Industry Specialist Lecturer in Marketing. Although Next, used to be partially sweetened with artificial sweeteners, they have announced that as of June they have changed the formula to only use natural ingredients. This makes the two offerings very, very similar. Perhaps the change of ingredients from Pepsi was in response to Life entering the marketplace. 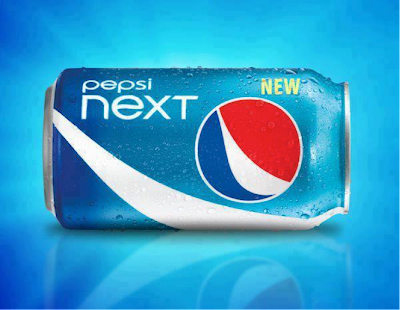 As with most things, I like to speculate the performance of the new products as they go head to head in the ‘mid-calorie’ market using all the tools I’ve taken away from the course thus far. However, in this instance, I think I might let my thoughts distill a bit longer, unwilling to make the wrong call. I will say however, that I believe this mid-calorie direction is the way carbonated drinks will be headed for the future. I wouldn’t mind my life being a little bit greener!

Would a totally naturally flavoured Coke motivate you to purchase?