Last week in our Regulatory Environment and Ethics class, a few of our Master of Marketing cohorts spoke about the controversial marketing tactics of PETA, People for Ethical Treatment of Animals. Hotly debated – was PETA’s actions unethical, or just clever advertising?

We’ve touched on this topic before, in class and our on blog when we looked at Queensland RSPCA’s campaign to promote animal rights. When it comes to marketing and communication for NGOs or ecological groups, the way to go about it can be very tricky. 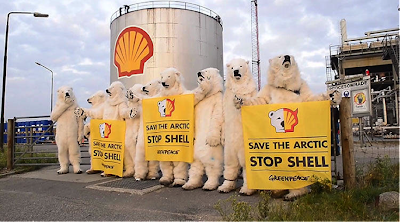 Never shy in the face of injustice, Greenpeace comes along once again to stir up some action. On the 29th August at 6 a.m., 35 activists, some dressed as polar bears, snuck into Shell’s largest Danish refinery, scaling its huge smokestacks and oil tanks to unfurl a rebranded Shell logo.


In 2012, Shell began exploring the Arctic, looking to tap crude. One of the most violate ecosystems, the Arctic is also one of the most difficult to clean up if an accident occurred. Along with breaking many safety and environmental violations, Shell would also be endangering the natural Polar Bear Habitat.

Although Shell’s plans for drilling in the Arctic may not be making breaking international news, organisations like Greenpeace are constantly fighting for the information to be available for all. But has it worked? 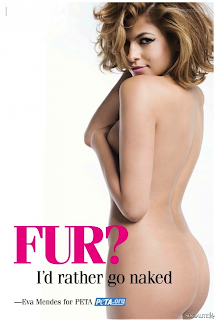 While this video has not been produced for a TVC or any specific campaign, it is part of the long running guerilla tactics that Greenpeace have been using to get attention for their agenda. From a content marketing perspective, their footage, while provocative and compelling, perhaps lacks in the “why should I share” department. “Why should I care?” well, for most people who are sharing this video, it is quite possible that ecological issues are already at the forefront of their interests. But what Greenpeace, among many other organisations really needs is content that is applicable, and relatable to people outside of their usual demographic. I’m reminded again of PETA, and their provocative poster.

By employing tactics usually used by the very industries they are trying to fight (e.g. fashion), PETA are able to really strike a chord. I can’t say for certain that they’ve converted many vegans this way, but at least the conversation has become a broader one.

Perhaps Greenpeace should take a leaf out of the books of some of the most shared ads of 2012. I’m sure you’ve all seen “A DRAMATIC SURPRISE ON A QUIET SQUARE”, an entertaining and surprising video, which actually turns out to be an advertisement for a television channel. By finding an interesting and unexpected way to deliver your message, people are more likely to share with their friends.


Although daring has always been in the repertoire of Greenpeace, perhaps to appeal to a larger audience, the words “funny” or “enlightening” or “captivating” should be added? For me, I can definitely think of a few more ways to use those polar bear costumes!

Hongi Luo
Current student in the Master of Marketing program at the University of Sydney Business School
Posted by Sydney_Business at 12:01