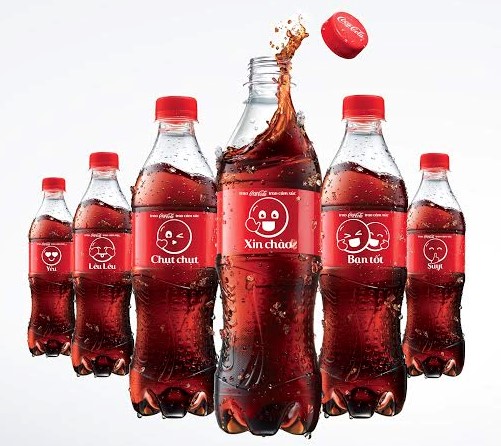 Droga5 Sydney, a New York city based global advertising agency, has taken the reins on the most recent take of Coke's “Share a coke” campaign. Launching in Vietnam and then aimed at running across Asia’s southeast, Droga5 has cleverly implemented the use of emoticons instead of names on the side of bottles.

Before we move forward, it is important to understand the impact emoticons and emojis have had on the way we communicate, especially in a time poor society where even character counts are decreasing. An interesting fact scientists have discovered is that when we look at a smiley face online, that same very specific part of the brain is activated as when we look at a real human face.

The video advertisement depicts a group of GEN X males and females expressing themselves by sharing bottles of coke with emoticons on the labels. Since being launched three weeks ago on YouTube, the video has gained over 1.7 million views.


Pratik Thakar, Head of Creative content across ASEAN, is of the idea that emoticons have become the perfect sharing platform, transcending the language barriers and have integrated into our society as a part of popular culture.

In the initial phase of the campaign, Coke connected with bloggers and local celebrities to bring forth the idea and product featuring the emoticon-tagged bottles, identifying the emoticons as the new language of youth. With this being said, Coke entered a partnership with both Facebook and zalo to ensure the campaign would spread.

After gaining traction from consumers on a global scale, Coke further encouraged the youth of Vietnam to share their own stories, enabling these cans and bottles of coke to be personalised at selected retail outlets. In addition to this, consumers will be able to customise their own stickers on platform Zalo chat, which for those of us who don't know, is Vietnams main mobile messaging app.

Stan Lim from Isobar Singapore, one of the four-agencies behind the campaign, mentioned the importance of personalising the coke product for consumers. By using this new so called emoticon language, Coke has created a product that “unifies both online and offline behaviours that travels across borders, that will live and grow in the virtual and in the physical world.”

As marketers, we are always reminded that the consumer is and will continue to be the most important person throughput the business cycle. Coke has cleverly used the language of this generation to generate a campaign that keeps the consumer at heart. This new form of communication will further allow Vietnamese teens a means in expressing how they feel and will also benefit the Coca-Cola company in increasing their volume.

Lauren Musat
Current student in the Master of Marketing program at the University of Sydney Business School
Posted by Sydney_Business at 10:00