The Halo Effect of Coke

For many, the concept of the Halo Effect isn’t new. But who would have thought that the phenomenon where we assume that ‘because someone excels at something, then they will be good at doing another’ could be applied to Coca Cola. 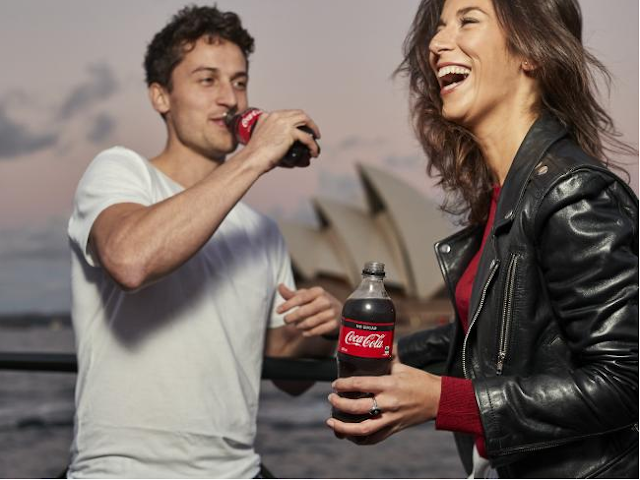 Last semester, in Marketing in the Global Economy, Catherine Sutton Brady stressed the importance of multinational brands conducting thorough market research before entering a new product into foreign markets. And until now, it seemed that Coca Cola could do no wrong.

That was until last month, when health-conscious soft drink fans around the nation were geared up for the launch of Coca-Cola ‘No Sugar’. The new sugar-free Coke tastes like classic Coca-Cola without the added calories. Australians and New Zealanders will be the first in the world to sample the new beverage, and consequently, it is they who will determine whether the new product lives up to the ‘classic taste’ hype.

With the launch of Diet Coke in 1983, Australia enjoyed its first ever light version of sugar free Coca-Cola. Then came Coke Zero, launched with great success in 2006, followed by Coca-Cola with Stevia. Their newest beverage is the biggest product launch in a decade and will replace Coca-Cola Zero from early next year.

The Power to say NO

One would think that nothing could stop Coke. However it seems that Woolworths, the biggest retailer giant in Australia, has decided to say NO to Coke No Sugar, as reported by News.


Founded in 1924 in Sydney, Woolworths was floated on 19 May 1993. Currently it has more than 3,000 stores across Australia and New Zealand in categories such as food, liquor, petrol, and general merchandise. With a 32% value share, they were named the largest player in the grocery retailers channel in 2016.

The reason for their refusal to stock Coca-Cola No Sugar is due to the already saturated market of sugar-free soft drinks, according to IBISWorld.

With that in mind, it is no surprise that Woolworths has the power to say NO to Coca-Cola.

But why say NO when you can say YES?

While Aussies love the taste of Coke, the demand for soft drinks keeps dropping as consumers’ health awareness increases.


A spokesperson told news.com.au said that bottled water sales were soaring, while soft drink purchases continued to decline — meaning there just isn’t enough room on the shelves for another similar product.


It’s clear that health is the key element people are concerned with. Consumers now are migrating to higher value brands that offer products with added health benefits. They are increasingly willing to pay a premium for functional benefits, fortification, and authentic, natural ingredients that can improve health. As a result, natural, flavourful and functional ready-to-drink coffee and ready-to-drink tea are growing rapidly, along with added-value water and hydration drinks.

According to a report by Business Insider, IbisWorld predicts that in addition to rising health awareness, an expansion of private-label offerings could also stimulate industry growth, as consumers either shift to lower value products or alternative beverages.

In order to compete with private label products from rival Coles and from discounter Aldi, Woolworth has announced a new private label strategy, including the Select brand to improve consumer perception, as well as a way to compete on price and quality against other brands. While the Essentials label is positioned as a budget brand, the Woolworths label falls within a mid-priced range. 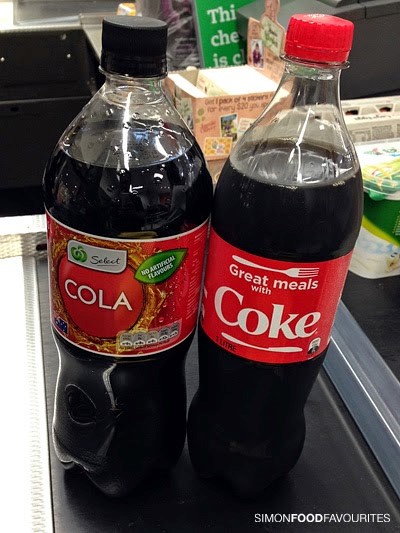 No one can be certain of whether or not Coca-Cola ‘No Sugar’ will lift sales of no-sugar varieties. Perhaps the brand will benefit from a halo effect and deliver a boost in sales across the entire Coca-Cola range.

The question remains to be if Woolworths’ decision will pay off or not. Will Woolworths face challenges from their competitor Coles? The challenger not only stocks Coke No Sugar but they are actively promoting the brand at half-price ($1.42 for 1.25 L or $14.10 for 24 375 mL cans).

We know that a product launch involves proper planning, clear strategies and an overview of the whole market, which are essential to brand strength and maintaining a competitive position in the market. I wonder, did Coca Cola do the research before plunging head first into an already saturated market? Or were they relying on their halo effect to influence people’s opinions of their newest addition to their product range?

Hazel Chen
Current student of the Master of Marketing program at the University of Sydney Business School
Posted by Sydney_Business at 16:11