When it comes to marketing strategies, it helps to have a competitive edge. The most successful campaigns are those, which are not only creative with a clear message, they also consider a range of other factors like a brand’s value proposition, sustainable competitive advantages and most importantly their customers.

For the last six weeks, in Innovative Marketing Strategies MKTG6203, USYD Master of Marketing students have been learning to apply strategies, frameworks and theory in real-world business scenarios. At the core, marketing is a form of storytelling, a way of communicating value to customers, but as it turns out, marketing goes much deeper than that.

Developing innovative competitive marketing strategies requires a long-term perspective that makes use of concepts, frameworks and tools from across the marketing discipline. It turns out that innovation isn’t only about being creative, as marketers we must also draw upon our knowledge of strategic business management, entrepreneurship and finance. Only then can we create sustainable value for all of our stakeholders.

Marketing Matters looks at some brilliant examples of innovative marketing from the leading brands of 2017.

Snap Spectacles are a great example of how to use PR to help spread the buzz around a product launch. Snapchat’s Snapbots recieved a massive amount of attention with little spend. By creating a hype around the release of the new Snapbots, they created a perceived demand around their product. 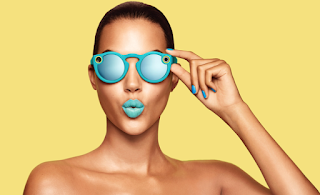 Snapbots are essentially pop-up stores in the form of cool looking vending machines that people were lining up to buy a pair. Everywhere a Snapbot was 'dropped', crowds gathered to form queues that spun around the block. At the same time, all these people who were spending hours in the queue taking photos were creating free attention on social media and then free PR when the tweeting about being in a queue to buy some Snap Specs which was picked up by media outlets. 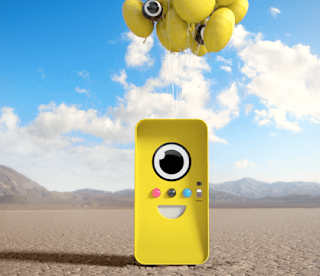 Rather than just being in the press once, when it was launched, Snapchat keeps making the papers every time a new Snapbot is dropped in a major city, getting several times the coverage any traditional product launch would have received.

But the most notable aspect of this campaign is how it aligns with the core principles of Snapchat’s value proposition of authenticity, expressiveness and playfulness.

There’s been a lot of buzz in 2017 about experiential marketing and the possibilities of virtual reality as a marketing tool. 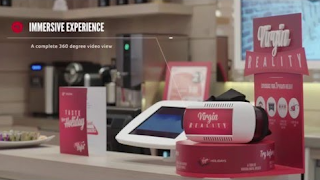 Virgin Holidays took experiential retail marketing one step further by co-creating Virgin Reality headsets using Google Cardboard technology. VR was made available in-store with Virgin providing customers with headsets to create an immersive VR experience. To produce the 3D video, Virgin took a special 360 rig and GoPro cameras to a Virgin resort in Mexico; walking along cliffs, visiting their hotels, beaches and even swimming with dolphins to capture the range of experiences on offer.

Customers were blown away by the experience on offer in Virgin Holidays stores and responded by increasing their propensity to buy. Not only did sales explode, trips to the resort featured by the VR technology, rose significantly.

If we consider the essence of Virgin as being youthful, energetic, efficient and professional, characteristics of Richard Branson himself, we can see that this latest marketing campaign embodies everything Virgin stands for.

When it comes to social media, Nike truly does have an exemplary presence. Their Twitter account - @NikeSupport - is a great example of how social media can be used for customer relationship management. Their positive company-customer interaction allows them to respond quickly and efficiently to specific questions about peoples’ orders or accounts on a separate platform.

Nike’s mission statement states its corporate operations and retail stores are all about the athletes they serve and the inspiration and innovation that Nike products provide to those consumers.

Having a separate account for customer support is an innovative way for Nike to be accessible to its customers without diluting the content on @Nike or @NikeStore. It also reinforces the fact that Nike cares about their customers - with phrases like, “give us a shout if you need help.”

More than just a grocery store, Whole Foods has also branded themselves as a lifestyle choice. The brand embraces healthy living and earth-conscious eating. 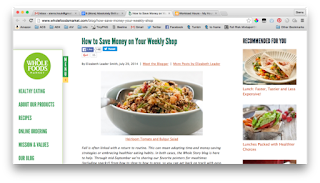 Whole Foods brilliantly uses content marketing to communicate their core values to their customers. Their online purchasing platform also hosts a blog with articles about saving money but still eating healthy, tips to change your diet for the better; making Whole Foods’ products and lifestyle a holistic approach to eating and grocery shopping.

In addition to informative blog posts, the website uses a lot of proactive language (“I want to learn/do/both”) as a search option in its navigation bar, inviting the audience feel like they have an active role in the experience.

The lasting connections created by this kind of inclusive content attracts not only new customers, it also retains their existing customer base; giving convert a whole new meaning. Whole Foods creates a community of health and earth-conscious consumers and the content it produces supports that idea.

Patagonia’s mission is rooted in social responsibility. “Build the best product, cause no unnecessary harm, use business to inspire, and implement solutions to the environmental crisis.” Goals such as these aren’t easily communicated by traditional forms of marketing. That’s why, Patagonia uses content to get their message across. At the same time, building a tribe of people who share those values and support the community through purchases. 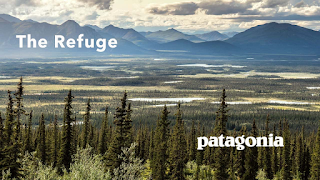 Patagonia’s blog, The Cleanest Line, shares stories about the environment, including firm declarations about where the company stands on ethical and environmental issues. The company has also co-created podcasts about the outdoors with the Dirtbag Diaries, and produced and supported short films that tackle environmental issues. On example of this is The Refuge about two women from the Gwich’in people of Alaska who are on a quest to protect their land.

Patagonia has a large, active and engaged social media following, which they use as key distribution channels to drive fans to the longer-form blog content and spread their environmental message - rather than promote sales.

Starbucks is no stranger to innovation. They have mobile apps, massive social audiences (36 million fans on Facebook, 12.6 million on Instagram) and also a thriving YouTube channel. But it wasn’t until recently that Starbucks really began to kick some goals in regards to innovation. 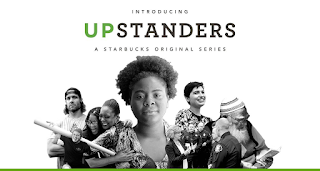 Starbucks did already have a blog, 1912 Pike, but the site was sales driven; only offering recipes and information about brewing and sourcing coffee. The brand’s exisiting social channels were focused on consumer engagement and popular Starbucks drinks (#PSL) and products (#RedCups).

Last September, Starbucks decided to take advantage of the opportunity to reach out to a larger audience by launching Upstanders (See video above). Starbucks first content series featured an original collection of videos, written stories, and podcasts that were produced by Howard Schultz, Chairman and CEO of Starbucks, and Rajiv Chandrasekaran, a former Washington Post editor. The series shares the experiences of Upstanders - ordinary people doing extraordinary things to create positive change in their communities.

Following its success, the company then launched 1st and Main, an animated web series featuring talking animals who work and hang out at Starbucks. This strange animated series was conceived by a trio of Simpsons writers who worked at Starbucks every morning and saw the Wifi log-in page as a missed opportunity to serve content to a captive audience.

So what lessons can we take away from all of this? It’s one thing to have a creative slogan, great content or a viral video - just remember that these are all tactics. They will be forgotten as soon as they are remembered unless they are linked to some form of strategy or objective.

If you want to build a stronger brand, or truly connect with your customers in a way that will create sustainable competitive advantages, then leverage the things that your brand stands for or wants to stand for. Whether that’s sustainability, authenticity, or innovation, always try to create unique, personalised experiences and content, people want to share, tell a story that people can relate to and teach your audience something. Most importantly, remain agile, adaptable and never lose that competitive edge.

Alyce Brierley
Current student in the Master of Marketing program at the University of Sydney Business School
Posted by Sydney_Business at 16:57