Sifting Through The Noise

Do you wake up each morning at the same time? Eat the same food for breakfast? Chances are most of you follow some form of routine. And what is a routine but a series of patterns. Some of which are useful and efficient, while others form bad habits. 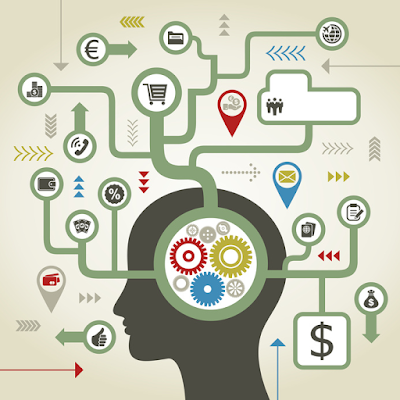 Our brains our geared to make and identify patterns. From the moment we are born, we learn to recognise simple patterns such as crying leads to being fed. As children, we learn that good behaviour earns rewards. By the time we are adults, we have learned to rely on these complex patterns to help us do everything from the simplest actions like choosing what to wear in the morning, to making complex decisions about what kind of health insurance is the best policy.

This semester in Research and Decision-Making we’ve been studying the different mechanisms involved in the decision-making process along with a range of biases that can assist with making effective judgements; however there are many challenges and pitfalls to be aware of.

Having too much information.

Otherwise known as information overload. When there is too much information our brains filter out the majority of it using shortcuts. “An overload of information can leave you confused and misguided, and prevents you from following your intuition,” according to Corporate Wellness Magazine.

For simple decisions we use heuristics or ‘rules of thumb’. Heuristics apply practical methods, that aren’t necessarily guaranteed to be perfect, but serve short term goals. They are also a great mental shortcut to ease the cognitive load. These can be educated guesses, intuition and even common sense. For example, if I’m late for class, I drive instead of taking the train. If it’s overcast, I’ll pack an umbrella. These are easy decisions that don’t need much thought. 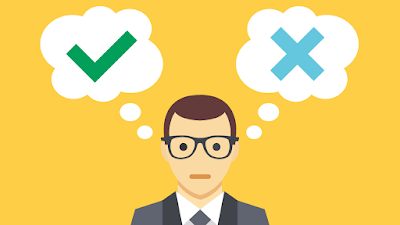 But for more complex decisions, we simplify the problem by using anchoring and adjustment. Anchoring is when we make a decision relying on specific information or value that is available to us, which acts as a reference point (i.e. an anchor) around which we adjust our response. The anchor can be internally generated (e.g. we come up with our own anchor based on our own knowledge of a product) or can be set externally (e.g. a price tag on a product).

Take for instance, determining the value of something using an internal anchor vs seeing the price marked on the ticket (external anchor). Most of the time we use anchors unconsciously, whereby we do not realise how the anchor is impacting our decision. Sometimes, however, like in the case of bargaining or price fixing in retail, they can be used to influence other’s decisions. 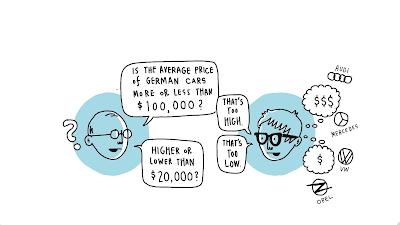 Anchoring and adjustment while shopping.

Have you ever fallen for the ‘buy one and get the second one half price’? I almost did the other day. I was seduced by the window display at a shoe store and couldn’t help but to take a peek inside. I didn’t really need a new pair of shoes let alone a second pair, but into the store I went because the external anchor was quite appealing.
It was the mid-season sale, so a lot of the shoes were already discounted. Among them was a gorgeous pair of boots marked down from $350 to $199 and a selection of full-priced new season heels. I found a pair for $120 before sitting down to try them on and consider my selection. 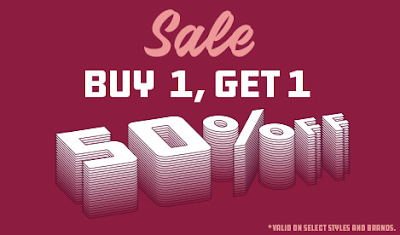 Now normally I don’t spend more than $200 on a pair of shoes, so the price was just under my internal anchor. I already had about 30 pairs of shoes, so I didn’t exactly need a new pair. Whether I fell for the trap or not was of my own volition, the transactional value enticed me to walk into store and try on shoes, but in the end the internal anchor was stronger than the external one.

So what exactly was involved in that judgement process? First of all, we use selective accessibility to compare decision target value with external anchor value. Was I willing to pay $259 for two pairs of shoes that I didn’t really need? The external anchor activated the knowledge that if the shoes were full-priced, I would have had to pay $470, which would give me a saving of $211! Now that’s value!

But wait, the last time I bought a pair of boots, they were only $80 and I could still get a lot of wear out of them. This internal anchor forces me to question my judgement and exert self-control by forcing me to ask myself, "How much money do you usually spend on a pair of boots? How many pairs of high heels do you already have?‘’

Now things are significantly more complicated, especially because the external anchor-based promotion’s influence on purchase quantity. So to simplify the decision, I used a confirmation bias to look for more facts and justify my opinion. ‘’The boots are good quality and they will last me a few seasons and I saw a similar pair of these high heels in Vogue.’’

Confirmation bias is when we interpret new evidence as confirmation of our existing beliefs or theories. So after a quick Google search I found that the shoes were much higher priced at other retail outlets, confirming my opinion that this was a good deal. 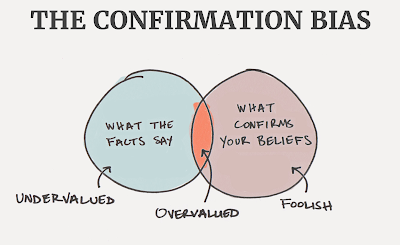 You’re probably wondering if I ended up buying the shoes. Well, the answer is no… Internal anchors are strong enough to override external anchors, so my ability to use reason saved me from buying something that I didn’t really need. In retail contexts with higher involvement purchases, there really needs to be an integrated marketing approach. Would my decision have been different if there had been displays showing me how to wear the shoes?

When there isn’t enough information or if you are only referring to one source, often biases are relied upon to help fill in the gaps with best guesses and assumptions. The problem with this is that this can lead to misinformed decisions, so it’s important to be aware of these biases to avoid disaster.

Biases lose their strength when there is real information so a simple way to counter them is to try to have a look at the whole picture. There are a number of judgement processes linked to biases. Generally speaking, biases look at information that is consistent with beliefs.

Confirmation bias is when you seek facts or new evidence that support your existing opinions. When people would like a certain idea/concept to be true, they end up believing it to be true. Once we have formed a view, we embrace information that confirms that view while ignoring, or rejecting, information that casts doubt on it. In a way this is a form of prejudice that inhibits our ability to perceive something objectively.

Whereas with selective perception, our brains may already have preconceived ideas and beliefs. In this case we perceive only what we want to and ignore other perceptions or viewpoints if they don’t match our own. 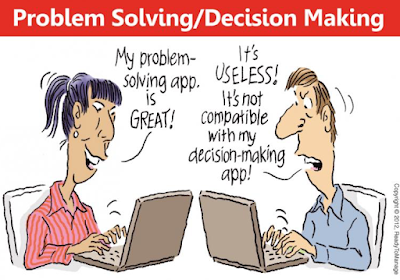 In the marketing context, we can consider how consumers are bombarded with messages from brands on a daily basis, so they sift through the noise by blocking or modifying messages that conflict with their own values and attitudes.

Finally there’s cognitive dissonance, which is essentially a form of rationalisation. We are motivated to change perceptions to rationalise truths and limit the psychological stress that results from holding conflicting ideas or values simultaneously. Just in case you missed it, here’s the Cognitive Dissonance song again.

While there are many more biases to be explored within the judgment making process, the ones outline today should give you a better idea on how to process information. By being aware of the hidden or underlying forces that shape our decisions as business leaders, consumers and in everyday life we are able to avoid psychological biases to make better informed decisions.

Alyce Brierley
Current student in the Master of Marketing program at the University of Sydney Business School.