What is privacy? And just what kind of price are consumers willing to pay for theirs? Web services such as Facebook and Google may be 'free', but the truth is that being connected does come at a cost. Targeted ads provide value for customers, but challenge the traditional need for privacy. So when the law hasn't yet evolved in response to the collection of big data, how do we know where to draw the line in the sand? 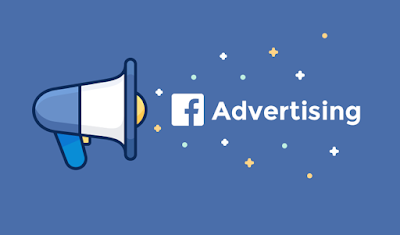 For users of social media, Facebook's free platform offers a way to connect with the world. Their ad platform exists so users don't have to pay, but even if they did, the network wouldn't be so comprehensive if there were costs involved. For Facebook to maintain what's called 'critical mass', every single user would have to pay dollars for their services. The thing is, what most people don't realise is that they are actually paying for it now. Not with money, but with their privacy.

USYD's Marketing Matters explores the concept of privacy and what it means in this day and age by exploring the learning from Terry Beed's guest lecture for Regulatory Environment & Ethics. Louis Brandeis and Samuel Warren define privacy perfectly in their essay The Right to Privacy, stating that privacy is a right valued by civilised men-something that is essential to democratic governance and an integral part of our humanity.

We have the 'right to be alone'.

Louis Brandeis and Samuel Warren championed the protection of the private realm as "the foundation of individual freedom in the modern age." Nowadays, marketers have the ever-increasing capacity to invade consumers' personal activity.

Internet marketing brings forth a myriad of privacy challenges. And for the new breed of marketers who use targeted, behavioural marketing, without regulatory enforcement, the increased data available on the web could lead governments, companies and criminals alike to exploit consumers' rights.

In Daniel Solove's essay Taxonomy for Privacy (2006), privacy is described as being 'a concept in disarray'. Solove writes, "Nobody can articulate what it means. As one commentator has observed, privacy suffers from 'an embarrassment of meanings'."

The Taxonomy For Privacy is a framework for understanding privacy in a pluralistic contextual manner, which explores the fear of what happens to private information. These fears are grounded in:

In countries, such as Germany, tough legislations exists to fight against the systematic erosion of privacy rights. In Australia, the AMSRS has outlined a code of conduct for marketers, and the Privacy Act 1988 (Cth) is currently being ammended.

In 2006, the Australian Law Reform Commission (ALRC) commissioned a review of privacy and found that the overwhelming message was that Australians care about privacy, and they want a simple, workable system that provides effective solutions and protections.

A similar study by the OAIC found that there was a 15% increase in Australians willing to divulge personal information; a number that rose from 43% to 58%. However, 50% were more concerned about providing their information over the Internet.

"Australians believe the biggest privacy risks facing people are online services - including social media sites. Almost a half of the population (48%) mentioned these risks spontaneously. A quarter (23%) felt that the risk of ID fraud and theft was the biggest, followed by data security (16%) and the risks to financial data in general (11%). Young Australians were most concerned about personal information and online services, with six in ten (60%) mentioning this as a privacy risk."

See the full breakdown below:

Reluctance was the biggest barrier, with most consumers signalling that they felt that organisations often had no right to know their personal data, or the fact that it might lead to unsolicited direct marketng. Interestingly enough, they were less concerned with financial loss due to scams.

More recently, the ALRC considered legal liability for data breach in its inquiry into remedies for serious invasions of privacy. The 2014 Report, Serious Invasions of Privacy in the Digital Era (ALRC Report 123), concluded that regulatory responses, including mandatory data breaches, are a better way to deal with data breached than a civil action for invasion of privacy.

What this means for Australians is that instead of being blasted with headlines touting 'the end of privacy', we will soon be ushering an era of 'privacy protection'.

Businesses value Facebook's billions of users, as much as their ability to use targeting services to reach the right audience. As the technology advances, this form of advertising will become more intrusive. For example, did you know that Facebook already has the right to endorse sponsored posts without your permission? 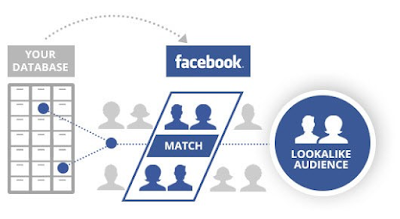 You see, what makes this form of advertising so successful is a little thing called 'retargeting;. By using tracking pixels, browser data is stored in what's known as cookies, which assist in improving the shopper experience.

In the EU, websites recieve 'informed consent' when using cookies and users are notified when accessing the sites. While privacy concerns are legitimate, cookies are nothing more than pieces of data.

There are some benefits to sacrificing privacy. For example, recommendation engiones help consumers discover great products that they might actually be interested in, which greatly enhances the online shopping experience. An app developer can analyse your behaviour to fix bugs that they may not have otherwise known about.

Additionally, these benefits are no longer limited to digital - target marketing is beginning to migrate into bricks and mortar. Until recently, digital billboards are nothing more than slideshows. Now a company called Clear Channel Outdoor has introduced billboards featuring dynamic targeting advertisements that are programmed to target specific locations.

One of the hurdels that could possibly impede further advancement is the consumers themselves. Consumers will need be acclimatised to changes gradually in order to help alleviate their fears over how their information is used.

No matter what the future of technology and digital marketing brings for consumers, companies and their stakeholders, to an extent, it will always be important to respect privacy. However, at the rapid pace of technology evolution, regulation can rarely keep up with the change. So it is up to us to trust ourselves to do what is right and not add to the erosion

Alyce Brierley.
Current student in the Master of Marketing program at the University of Sydney Business School.