Pretty much everyone I’ve talked to is losing their mind for Stranger Things. There’s just something about the nightmare nostalgia that millennials can’t get enough of. Which is why it makes sense that Netflix are following in the footsteps of Disney and Lucasfilm to bless the world with Stranger Things merchandise.

Netflix is cashing in on the release of Stranger Things season two by partnering with Hasbro and Topshop to bring the world merch like Monopoloy and vintage-style apparel. For Netflix, merchandise looks as though it will be just the beginning of a lucrative revenue source.

After a quick search on google, I found a array of figurines, card games, T-shirts and ‘what about Barb?’ memorial paraphernalia on sale with a range of vendors, from Etsy and Ebay to Target. Not all of them are official though, which could explain why Netflix decided to break with tradition, instead deciding to explore the realm of consumer products. 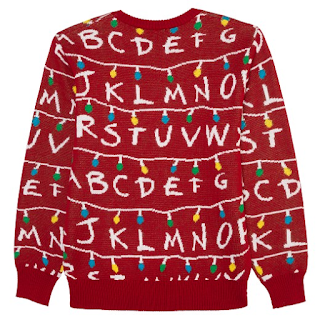 A new distribution model
If you are one of the few people who hasn’t watched the show, the retro sci-fi hit, which is soon to go down in history as a cult favourite, plays on nostalgia to combine storytelling entwined with numerous references to popular culture from the early eighties.

Starring 80s actors like Winona Ryder and Matthew Modine, the narrative begins on 6 November 1983 in a small Indiana town called Hawkins, where a 12-year-old boy disappears in the woods while out cycling past a secret government research facility. Following the disappearance, Indiana suffers visitations, monster sightings and the sudden appearance of a strange young girl called Eleven, who looks to be the victim of either scientific or supernatural interventions.

According to data provided by the US media measurement company Symphony AdvancedMedia, during the first 17 days following the program’s release on Netflix, Stranger Things averaged 8.2m viewers among millennials aged 18-49.

Netflix may a long way off from becoming a merchandise empire, but they are certainly making a significant investment in their new distribution model. The success has seen a rise in cross-media friendly projects, hiring Jess Richardson, formerly of World Wrestling Entertainment, to take charge of licensing shows for books, comics and toys. There has been the acquisition of comic book publisher Millarworld, the adoption of young adult pop culture franchise Chambers and popular video game franchise The Witcher. 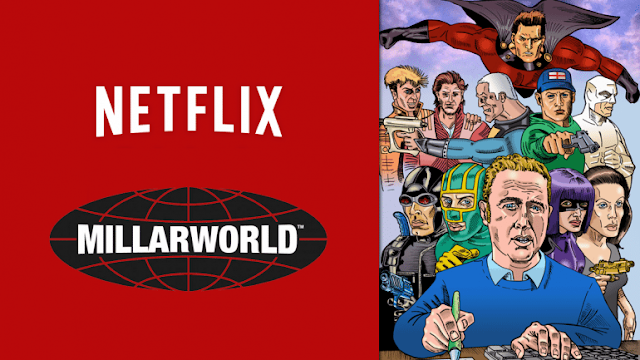 It’s a simple case of supply and demand.
Netflix's top content executive, Ted Sarandos, said the decision to start selling merchandise for Stranger Things was because of the "huge demand for people who want a T-shirt with Eleven on it."

Merchandise has always been a cash cow for certain media companies like Disney, but for Netflix the focus has always been focused on video content. However, since Netflix became the leading global OTT television provider, it has ventured into genres like reality TV, late-night-style talk shows, and live-audience sitcoms.

Only now have they also transitioned into merchandise because unlike may of their other titles, Stranger Things is title is free of any outside ownership complications. As the first original series Netflix developed and produced entirely in-house. Other Netflix's originals have been developed with outside production companies or studios, meaning that those production companies get the rights to the intellectual property. 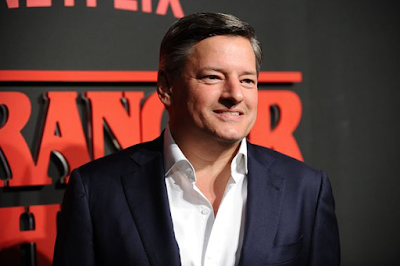 Here are three lessons, as described by Forbes Magazine , that show that Netflix are leading the way with strategic customer experience:

1. Content is now the opiate of the masses: “super-users of Netflix care more about storytelling and experiences than things, and a great way to deliver these experiences that take you somewhere else is rich content and storytelling.”

2. Lead with storytelling, follow with product creation: “it’s much easier to test different content and later create a community around the content. After an understanding of the viewer, Netflix can figure out what products customers will enjoy.”

3. Bring great user experiences to everything you do: “Netflix knows a lot about you, and it cares about your seamless experience. Now it will use that knowledge to seamlessly sell you products.

So what kinds of shows can we expect from Netflix in the future? Well, your guess is a good as mine, but I can tell you that they will continue to make shows and movies that their audiences will fall in love with. And so they should! With the amount of information that Netflix knows about their audience, we can expect nothing less than ‘awesomeness’.

The “nostalgia strategy” in Netflix’s fiction, will bring us back in time to revisit remakes of Ghostbusters, Twin Peaks, Fuller House, an 80s family sit-com, and The Get Down, Baz Luhrmann’s drama set in New York in the late 1970s.

Whether the fascination with nostalgia has to do with extended adultification for millennials, or simply embracing the ‘inner child’, Stranger Things resonates with its audience on a deep level because of its ties to pop culture, toys and growing up. What can we learn from Netflix is that nostagia has the ability to go much further than content. Stranger Things’ entire storyline is founded on toys, so it makes sense that their merchandise should be too.


Alyce Brierley
Current student in the Master of Marketing program at the University of Sydney Business School
Posted by Sydney_Business at 16:25