What’s All This Buzz About Cause-sumption?

As brands are becoming more and more comfortable with supporting causes, the question arises as to when or whether it’s okay for them to get involved or simply stay on the sidelines. The wider trend whereby brands use morality as marketing means that corporate social responsibility (CSR) has now become a mandatory and mainstream practice.

Why you ask? Well it turns out that a whopping 91% of Millennials have indicated that they would switch brands to one associated with a cause, according to a 2015 study by Cone Communications. Are Millennials that different from the older generations? Answer? Yes. There are generational differences in the value drivers. For Millennials, over 70% donate to charities based on their passions. Conversely, 60% of Gen Xer’s and 59% of Baby Boomers, it’s about supporting the local community.

Master of Marketing students at the University of Sydney Business School, learn that in the new model of business, value is co-created with both customers and suppliers. So it makes sense that brands are finally listening to their customers and realising that for most of them, value comes from feeling good about their purchases.

How feel-good purchases are driving cause-sumption.

Brands allow consumers to express their values by advocating for causes and incorporating CSR schemes into their business models. Feel-good purchases of self-expression have been dubbed cause-sumption. Not just a buzzword, there are real insights supporting the term. "Millennials often use their spending power to express who they are and cause-sumption makes it accessible," says Kirk Olson, VP of Trend Sights at Horizon Media. 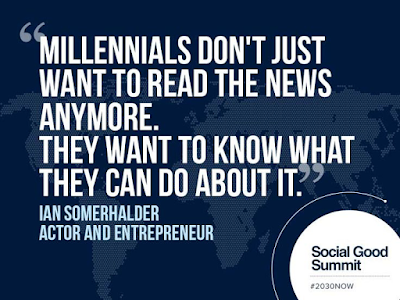 Nowadays, it’s largely expected that brands commit to good corporate citizenship. "It used to be that companies would align with charities that shared their same values," says Olson. "Now brands are taking these do-good values and baking into their corporate identities. 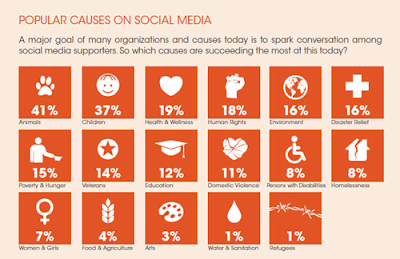 Do the benefits of cause-sumption outweigh the risk?

The benefits of engaging in cause-sumption marketing can’t be denied. Just take a look at the numbers. In the first ten years of Dove’s Real Beauty campaign, from 2004-2014, sales reportedly grew from $2.5 billion to $4 billion, and the award-winning “Evolution” ad spot earned an estimated $150 million worth of media time. The campaign started a conversation about the diversity in beauty, inspiring women to be comfortable in their own skin. Consumers have been rewarded by feeling good about their choice to support a company that promotes body positivity. While Dove’s profit margins continue to soar. It’s a mutually beneficial relationship.

While this style of marketing makes for memorable brand messages that connect well with consumers, brands should know that playing the cause-sumption card is not without its own reputational risks. Take for example TOMS One for One program that promises to help a person in need for every pair of shoes purchased. Sounds great in theory, right? Turns out, it’s not easy to please everyone. Recently, TOMS have been criticized for replacing local markets and hindering economic development.

Not even Dove is safe from criticism. The Real Beauty campaign has often received scepticism, as you might remember from earlier this month when Dove was forced to apologise for their latest ad blunder. The ad sparked outrage because of its depiction of a black woman turning herself white, resulting in #BoycottDove to spread on Twitter. 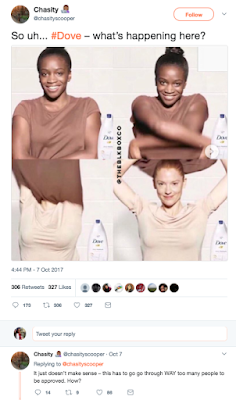 You have to ask the question, ‘Do they think we’re so easily fooled?’ In the past we may have been duped but these days, consumers are far too connected and involved to ignore brands transgressions. 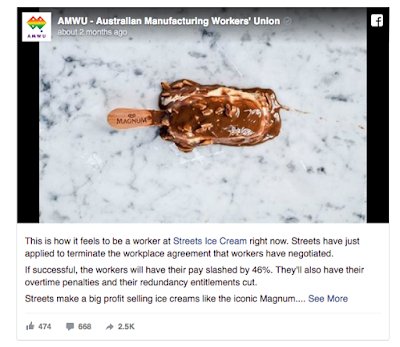 From cause-sumption to political activism
Today’s political climate is turbulent at best, which means that brands who meddle in politics risk alienating a huge portion of their consumer demographic. Take for example the profound effect of President Trump’s controversial and polarising policies on the US economy.

For the second time this year, following the opposition of Trump’s immigration ban, 162 Silicon Valley tech companies united to file another legal brief against the President’s executive order to restrict the country’s visa program. They argued that the ban, which prohibited migration from seven Muslim-majority countries, was unlawful, discriminatory, and harmful to the economy.

For tech companies who regularly hire highly skilled immigrants, the impact would affect a significant segment of the workforce. In this scenario, lack of public opposition to the ban could be interpreted as implicit support. For those immigrant workers, the silence from their company would ring loud and clear.

Meanwhile, in Australia, Coca Cola announced their support for same-sex marriage. The Kings Cross Coke sign will be lit up in rainbow colours until the results of the marriage equality survey have been announced. 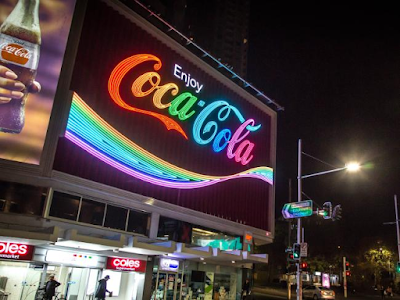 In a statement by Coca Cola, the company said it believed in the power of bringing people together.

“Whether it was the struggle for human rights in the United States in the 1960s to a group of young people from many nations on a hilltop in Italy in the 1971, around the world we’ve always stood up for diversity, inclusion and equality. We proudly strive for these qualities in our own business and support these rights for all in society.’’

“We understand that not everyone will agree with our stance and we respect people’s right to hold a different view. We hope they’ll respect our right to support our staff, their family and friends, and our customers and consumers so that all can share the simple happiness of being together.”

So what do you think? Is it better for brands to stay on the sidelines or take the risk of alienating consumers by standing for something? Or is the real risk alienating them by standing for nothing? Whatever the case, the fact still remains that for Millennials at least, there is always a cause worth fighting for and brands have the opportunity to capture their loyalty by offering them the chance to unite. Who knows? Maybe they can actually bring about real change.