Billabong – Where Marketing Really Does Matter 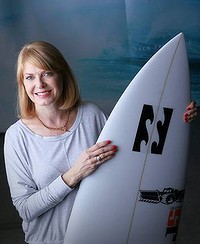 When Launa Inman took over as CEO of Billabong in May 2012, she knew she had a huge challenge ahead of her to turn around the company. Launa recently announced a $275.6 million loss at Billabong, which means she has a daunting task of turning around the fortunes of the company. However, her previous experience at Target and Officeworks, along with her passion for marketing is likely to stand her in good stead.

Billabong is an iconic Australian brand, closely associated with surf, sun and fun – all great ingredients for an Aussie marketing success. But along the way, Billabong lost its  direction – especially in terms of its customer strategy, knowing who are its loyal customers and exactly what they want in terms of athletic products.

The previous CEO of Billabong, Derek O’Neill, made a fatal mistake that is common in companies faced with a financial crisis. He cut the marketing budget and pulled back from investing in the Billabong brand. Instead of seeing the company recover from flagging sales, O’Neill steered the company down a path of further self destruction. The company closed numerous stores and sold off inventory at reduced prices, but did little to develop its presence in key markets. Then, a major American customer, PacSun, began manufacturing its own house brand, providing strong competition to Billabong and further reducing sales in the US.

Despite the strength of the brand, Billabong struggles to differentiate itself in the marketplace from some of its competitors, including its rival Quicksilver. For both brands, their core customers are sports enthusiasts. Yet neither brand has established a strong identity of its own. One of Inman’s first tasks will be to set out a strategy that positions the Billabong brand in an uncluttered space within the sportswear market.

Billabong customers are passionate about the surf, snowboarding or skating. However, there is a significant customer segment who share in Billabong’s brand values of a healthy and active lifestyle, but do not actually participate in sports. This group offers huge potential for Billabong, but the company must work hard to make the brand more attractive. This is true, especially within its retail spaces. The cluttered merchandising in Billabong stores needs to change to reflect the brand image of  new and exciting lifestyles. Inman has set out plans to tackle the retail experience and adopt a fresher, contemporary look.

Tracking if Inman’s strategy changes the fortunes of Billabong will make an interesting marketing study. If you were in Launa Inman’s role as CEO of Billabong, what would you do to turn around the company?