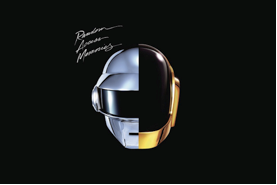 So these last couple of weeks has seen an immense amount of information passed around on the Internet regarding Daft Punk. I’m sure you’ve already heard/read/seen/watched the fake fan made version of Daft Punk’s new song, Get Lucky. If you haven’t already, it’s incredible – listen to it here.

If you don’t know who they are (a French electronic music duo), that’s fine too, just follow along and I’ll get to my point soon.


So the abbreviated timeline goes something like this:
And now, after officially releasing Get Lucky, Daft Punk has broken the Spotify record in the US and UK for the biggest streaming day for a single track. I am sure they are not done surprising us with all their other hype-building tactics hidden up their sleeves just yet, but I’m beginning to worry this hype is going to break the internet for good. I know that sounds silly, but you get what I mean.

Since the news of a new album in February, searches in Daft Punk grew pretty healthily. After March, ‘Daft Punk’ has been trending so much; it looks like it’s going to fall off the graph.

I know I probably sound like a crazy person, but it’s getting hard to keep up, and this ‘news’ is becoming a little old, pretty fast. Despite the obvious benefits of building all this exposure, there is the potential for the general public to get sick of it all, before the album is even released. When they are swamped repetitive information, there is a likelihood they may become desensitized to it.

However, on the other side of the argument is that when information is regurgitated so quickly in our hyper-connected age, could this tactic be a way of sustaining the audience’s attention? Repetition can really drill information into heads. When each day, we are bombarded with thousands upon thousands of snippets of information, perhaps this strategy of more is more could work?

I can’t decide where I sit between the two. I guess it all comes down to the circumstances, and to employ a strategy that is appropriate for what you are trying to advertise for. For Daft Punk, I think it’s getting hard to remember that while every other day more ‘news’ appears on the internet– this ‘news’ is actually just strategic, planned, and well executed advertising. Perhaps the very fact that I’ve forgotten I’m being advertised to means they’ve done a pretty good job.

Hongi Luo
Current student in the Master of Marketing program at the University of Sydney Business School
Posted by Sydney_Business at 10:00