Guido Barilla, owner of the global pasta brand, caused global backlash by saying he would never showcase a gay couple in Barilla ads. Moreover, he clearly articulated that homosexuals are not Barilla customers: “For us, the 'sacral family' remains one of the company’s core values. Our family is a traditional family,” he commented. Then Barilla’s chairman very forcefully stepped further by saying that if gays dislike this, “then they will not eat Barilla and they will eat another brand.” Read the full article.
There is no surprise that Barilla’s words have immediately turned into a boycott. 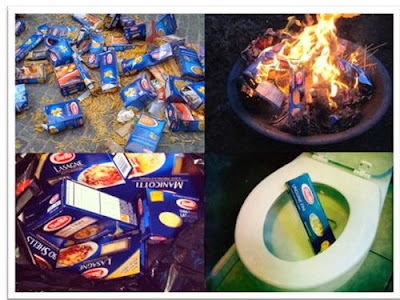 This resonates with me in so many ways. As a human being, I do believe that regardless of gender, race, shape or sexuality all people deserve to be regarded equally. As a human being from Russia, I am still answering the question ‘what the hell is going on in Russia with anti-gay legislation?’ Yet, from a marketing point of view, this pasta case isn’t so controversial compared with other blunders. It can sound extremely cynical, but a single brand cannot satisfy everyone; there is an obvious marketing lesson to align your brand with your target audience. This is exactly what Guido Barilla embraced.

But the problem is that there is always someone at the end of any marketing action that can be affected by such straightforward marketing approach. And it in this instance, those affected are the customers who are loyal to the brand after all this time. What position is Barilla putting these loyal customers if they are not aligned with their CEO’s views on sexuality? “I was raised on Barilla,” said one upset customer “My mom told me that this morning she looked in her cabinets and they were still filled with Barilla pasta, and after I told her what Mr. Barilla said, she said she was going to be dumping out all those boxes of pasta and switching brands.” Read more here. 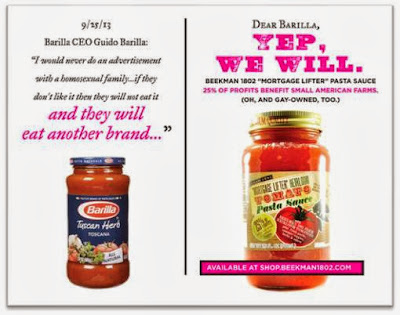 The Barilla issue then causes a stir in social media, with number of memes popping up indicating pasta as a new symbol of homophobia. Not surprisingly, amongst all of this anti-gay controversy someone cleverly came up with the tagline: Barilla is the Russian President’s favorite choice. Barilla’s intentions of making clear their values has turned into ethical, human, and political storm.

Perhaps, this is why Guido Barilla finally handed out an apology statement by saying: "I apologise very much for having offended the sensibilities of many. I have the deepest respect for all the people without distinction."

Baring the Barilla case in mind, I have argued, that although Barilla as well as any other companies has to maintain the core value they stand for, playing with people’s sensitivity is not the way to do so. This seems to be a risky way to take a stand, as we never know what backlash it can create. More importantly, beyond any marketing intentions, you have to be wary of who you may offend when you are taking a stand.