Is QANTAS using internal marketing to strengthen its brand in the tough aviation market?

Having recently had the pleasure (and I don't use this term lightly) of travelling to Singapore and returning from Hong Kong with Qantas, I am pleased to say I was both shocked and delighted by my experience. 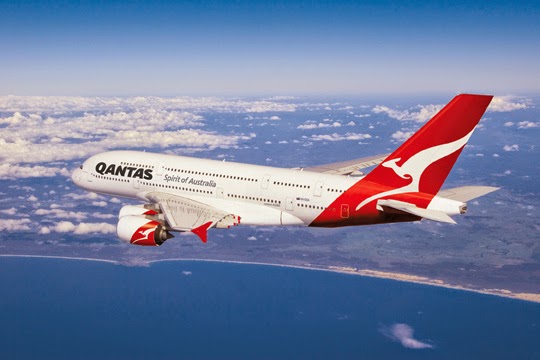 I checked in feeling sorry for their employees, 5000 of which are to be sacked; none of them knowing who would lose their job, or when. But they did know that they were going to go, because Alan Joyce had already announced it to the media. For this reason, I wondered about flying Qantas, about how beleaguered the staff would be and how much of this, we, the customers would bear throughout the flight via their overall demeanor and attitude. I had to check in myself electronically, and thought it was an indicator of what was to come; i.e. self service and no frills.

However, the staff were smiling and laughing as I entered the cabin, the flight left on time and the male flight attendants were efficient and friendly. The captain also made us all feel at ease (given that we all had missing Malaysian flight MH370 in the back of our minds), and he continued to keep us up to date on what we could expect to enjoy on the flight. In typical Aussie fashion he told us to enjoy a nice glass of beer, or wine, and to sit back and enjoy the flight. He joked that he had skipped breakfast too, so we'd all be getting what he decided to call 'brunch' not long after takeoff. It felt like we were at his house having a BBQ, rather than customers who were potentially nervous about flying and doing the long haul. The flight went swiftly and was not at all painful; in fact, I actually enjoyed it.

On the homeward leg, I received an email the night before flying that I had been upgraded; I felt like I'd won Lotto! The flight attendant on the way back personally introduced herself, and there was no surliness. Both flights landed and left on time, and the staff could not have been more cheerful. Qantas had actually managed to tick all my boxes; I slept the whole way home, woke up to a light and fresh cafe style breakfast and I was even given a mattress for my seat which was a first.

A few days after I returned, I received a very thorough marketing email, asking me to rate all aspects of my flight and whether I would recommend Qantas (which I would, and highly). Was this a case of Qantas's internal marketing actually combating its external marketing? It felt a lot like it. It was one of the best Qantas experiences I've had, which, given the circumstances, is pretty amazing. The employees seemed to sense that by combating the poor external perception of the brand, they were doing their bit to save Qantas. How they could feel so loyal, and committed to the company and its customers (in light of the external environment), could only come down to the internal marketing, and the importance (now more than ever) of a great customer experience.