The “Special” Anzac Centenary Issue – Will this be the end for Zoo Weekly? 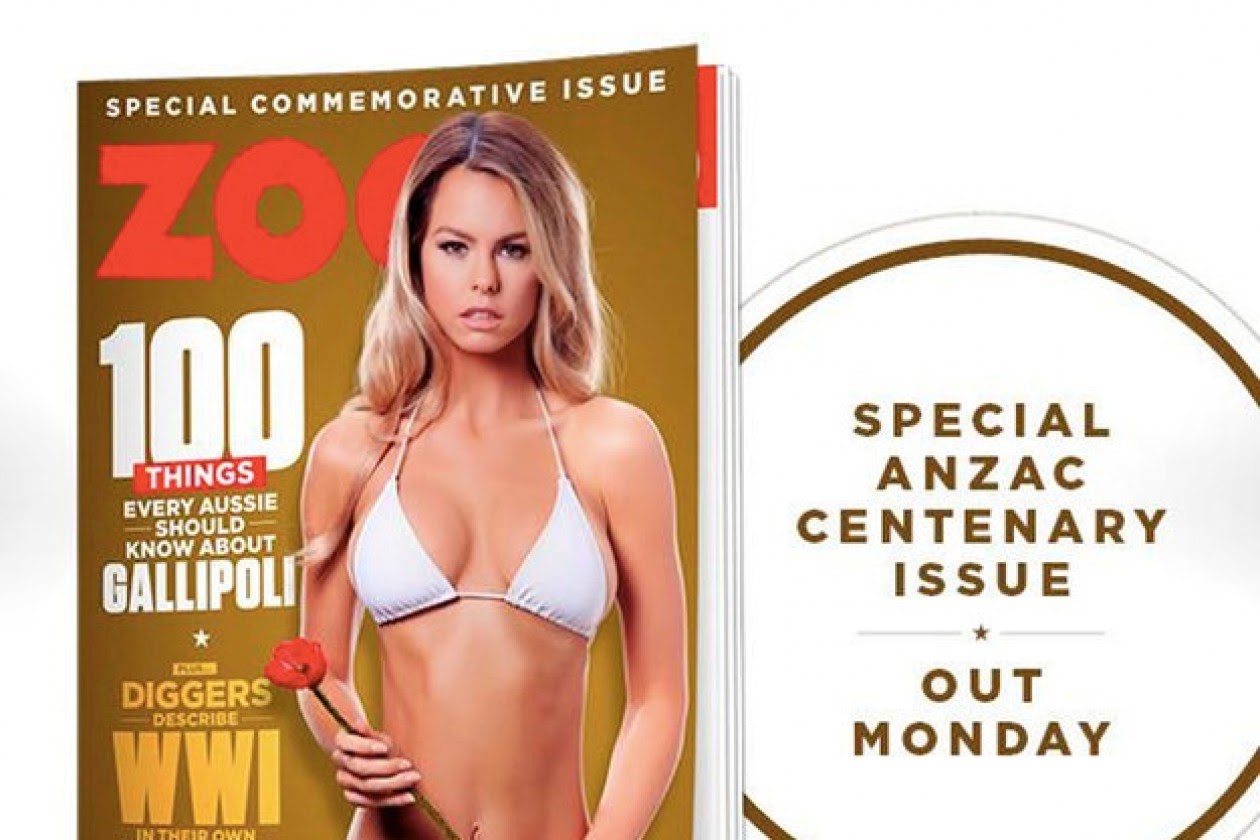 Blonde cover model, Erin Pash is featured on the cover of ZOO Weekly’s most recent issue marking the centenary of Gallipoli. Bauer Media publication released the issue on the Monday ahead of the Anzac Day weekend, which included a 10-page feature, an interview with Ms. Pash and a list of “100 things every Aussie should know about Gallipoli”.

In the interview, Ms. Pash was asked if she likes a man in uniform. “Yes, I do like guys in uniform. They’re bad arses, they have guns and they’re really fit and well built”, the model said. The cover, along with its inside features, have been met with criticism from both Facebook and Twitter users describing the magazines marketing as “disgusting”. It was further labeled by Mumbrella as the most unlikely tribute to the Anzac Legend in the media this week.

The Department of Veteran Affairs said ZOO weekly did not seek consent to use the word “Anzac”, which is protected by regulations that date back as far as 1921, for a “commemorative issue” of their magazine. Misuse of the term can incur penalties including imprisonment and fines of up to $51,000. According to Crikey, the department had called and emailed the men’s magazine to request that the advertising be removed.

ZOO’s controversial cover comes after Woolworths was forced to pull its online “Fresh in our Memories Anzac Day Campaign”. Target was also forced to pull three Anzac-branded products after the Department of Veteran Affairs deemed them “inappropriate”.

Lauren Musat
Current student in the Master of Marketing program at the University of Sydney Business School
Posted by Sydney_Business at 09:37