The Disruptor Strikes Down Under 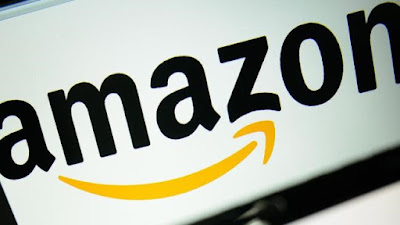 Get ready to have your world changed forever because the Australian Amazon countdown has begun! In case you’ve been living under a rock and have no idea what I’m talking about, Amazon is set to land on Australian shores. This is huge!

We’re all well aware that Australia may be one of the most beautiful countries in the world, but it’s also incredibly isolated. This can make things tricky for shoppers who rely on online platforms to get the latest goods. Besides having to wait weeks to receive products from overseas vendors, there’s always the threat of quarantine, poor quality or counterfeit goods, even the risk of things getting lost in transit.

If you’re like me, perhaps you’d rather play it safe and go pay full price for something in-store. Lucky for us, things are about to change.

Where does that leave retailers?
It’s been confirmed that from September, Amazon will be launching their retail business in Australia. They aren’t just dipping a toe in the water. No, they’re doing it in a big way. What this means is that Amazon’s scope would cover far more than web services.

Are Aussie retailers ready for the challenge? Surprisingly, according to Commonwealth Bank Retail Insights Report 2017, a third of retailers had no idea Amazon was coming to Australia.

The key area where retail is falling behind is innovation. While half of Australian retailers were experimenting with new strategies to attract and retain customers, they still lag behind the telecommunications and education sectors. With retail margins being thin, proactivity and innovation in regards to understanding the local market’s needs is crucial for positive change.

Retailers have been warned that, ‘Amazon Marketplace will eat your business’. And with statements such as those from former Amazon employee, Brittain Ladd, retailers are readying their pitchforks.

Ladd was quoted saying, ‘We are going to destroy the retail environment in Australia’. Amazon will “introduce a whole new world of retail and services” to a nation where “entrenched and in some cases duopolistic market conditions have been detrimental to consumers and suppliers”.

While it’s evident that Amazon is set to dramatically impact on the local retail industry, Amazon’s billionaire chief executive Jeff Bezos maintains that he doesn’t want to ‘destroy’ anybody. He just wants to focus on the customers.


“Amazon is obsessed with providing customers with excellent service and choice, and the only way it will be successful in Australia is if local consumers are satisfied with the service and value they receive.”

Did somebody say jobs?

After months waiting for the decision of the US online retail giant’s warehouse location, last Thursday, Amazon finally signed a lease deal for a warehouse in Sydney’s Eastern Creek. The large, purpose-built warehouse will be situated at the Goodman Group’s $50 million Oakdale Industrial Estate.
Bezos spoke of the countless job opportunities he would bring to the area. “We are excited to bring thousands of new jobs to Australia, millions of dollars in additional investment, and to empower small Australian businesses through Amazon Marketplace.”

See this is a good thing! An investment of this scale will generate not only jobs to support its distribution system, but Amazon’s lightening speed delivery times. There will be numerous positive impacts for the companies who partner with Amazon. Not to mention the individuals who will use the platform to sell their own products and services.

We can only hope that the ‘low prices, vast selection, and fast delivery’ concept of Amazon Prime Now will be soon to follow. What’s not to love about one-hour delivery?

Bad news for Woollies and Coles.
Along with electronics and other goods, Amazon Fresh will offer customers same-day delivery of thousands of different fresh grocery items. This is going to revolutionise the way we shop for food.

As of yet Amazon has not made an official announcement, but current market leaders, Woolworths and Coles, should keep on their toes as a dint in their market share and millions of dollars worth of lost revenue. After the invasion of German, low-cost supermarket ,ALDI, Australian retailers would be more prepared to face the threat of global competitors. 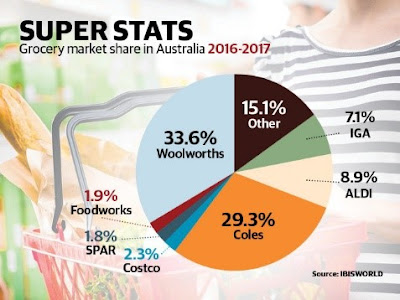 Bad news for electronics retailers too.


Traditional supermarkets won’t be the only ones facing challenges. In a report by JB Hi-Fi and Nielsen, a survey showed that 67% of Australians aged over eighteen would likely buy electronic goods from Amazon. As the largest Electronics retailers in Australia, JB Hi-Fi and Harvey Norman will likely face even more challenges in near future.

What about Amazon Go?

Can you imagine a store without checkouts or queues? Amazon did exactly that with Amazon Go. Shoppers can simply scan into the store with the Amazon app on their mobile and get tracked while they shop. When they’re done, they just pick up their purchases and the bill is automatically docked from the individual’s account.

The concept of “pick up and go” is a win-win for everyone. The streamlined internal stock systems have the capacity to largely reduce costs for Amazon.

The Sydney Morning Herald revealed that Amazon has plans to open a series of city-based physical stores in Australia and tie in a large TV debut or rollout to hook in local customers. The concept could even combine a drive-through service, which even put fast-food retailers in danger.

As a consumer, you don’t really care about any of this, do you? Let’s be honest with each other. All we want is the convenience of shopping for affordable products from the comfort of our homes while wearing our pyjamas. It’s our hard-earned money and we’ll spend it how we want. So if it’s easier to click some buttons and wait for the knock at the door, than to brave the traffic and drag ourselves down to Westfield. Well, we’re probably going to just click the button. Retailers should be aware of this and plan accordingly.


Hazel Chen
Current student from the Master of Marketing program at the University of Sydney Business School.
Posted by Sydney_Business at 12:40