“Winter is coming” is probably the best reason to brace yourself, which is also the first episode of the HBO medieval fantasy television series, Game of Thrones. But we are not here to talk about the Stark family or who will sit on the Iron Throne next season.

The chill might be from the pressure after this graduation season - the empty room left for students to pursue their career path. 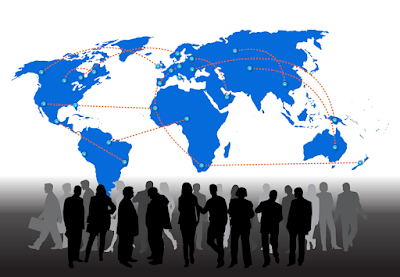 According to the report Job Seeker Trends 2016: Increasing Global Mobility, which was released by the Boston Consulting Group (BCG), out of all the job seekers around the world who found new work in 2015, 64% were interested in working abroad, while 7% had already moved to a different country to work. Some 76% expressed an interest in working on a freelance basis, including 23% who were already doing so.

Apparently there’s never been a better time to jump on the bandwagon and explore a new frontier. These findings highlight the growing flexibility of the labour force around the world and how willing than ever job hunters are to move abroad or to juggle multiple jobs. It has been emphasised how critical it is for companies to enhance their competitiveness to be able to attract talent effectively, not only from their own country, but from other countries.

Interestingly, the report also finds that the internet is taking a great approach to job searching. 44% of job seekers now believe that the internet, including both internet job sites and social networking sites (such as LinkedIn), are the most effective and important means of finding new employment.

The global workforce is increasingly mobile 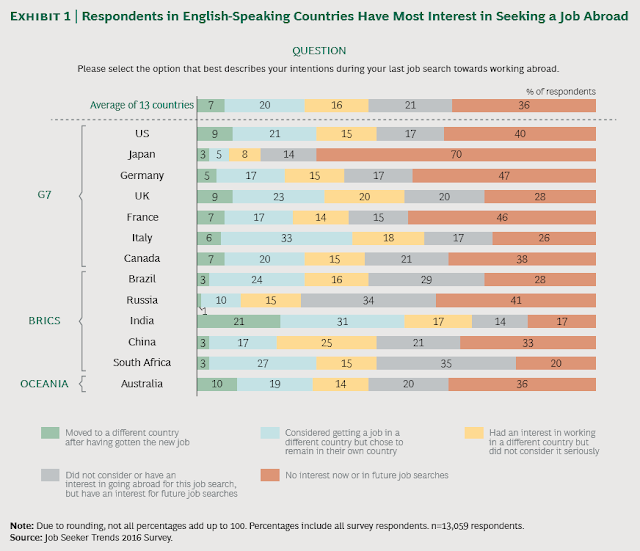 In comparison to the respondents from non-English speaking countries, there was a higher percentage of respondents from English-speaking countries: US, UK, Canada, India and Australia who showed a greater interest in working abroad or have already moved to another country for work. Japan, in contrast, has the lowest level of interest in working overseas. 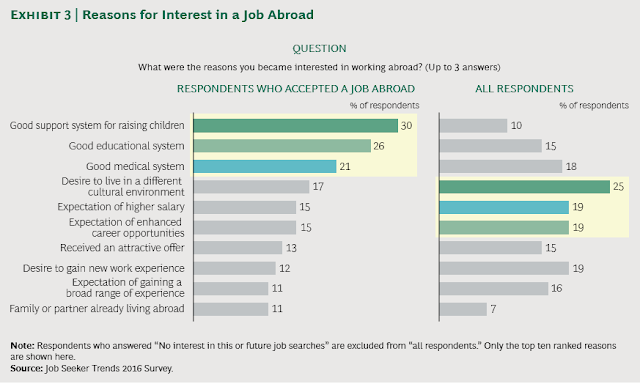 The interesting thing is that respondents are more focused on the benefits for themselves when considering the opportunity, such as living in a different cultural environment (25%), but when it comes down to actually deciding to leave, they think more about their family situation and those who will be left behind.

The growing flexibility of the labour force 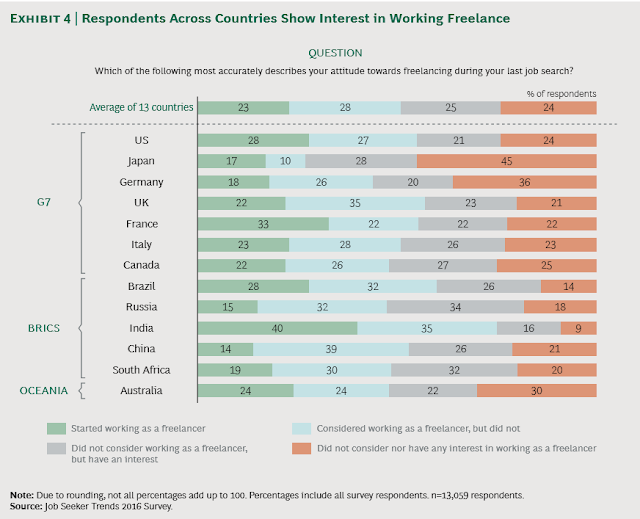 However, the number of freelance workers will begin to rise sharply in near future, which increases the uncertainties of global mobility.

Online job sites and applications are widely used and serve as an important channel regardless of age. Such platforms offer thousands of options for us to judge and make decisions before and after graduation.

You may feel the competition from international students surrounding you, the pressure of different cultures like Japan and the challenges of leaving your friends and family behind. No matter the case, please never underestimate your ability. Winter is coming, but brace yourself to keep warm. Finally, you will find your own journey under the enormous storm.

Brace yourself because you are strong and brave!

Hazel Chen
Current student from the Master of Marketing program at the University of Sydney Business School.
Posted by Sydney_Business at 10:07