Do you really know where your food comes from? 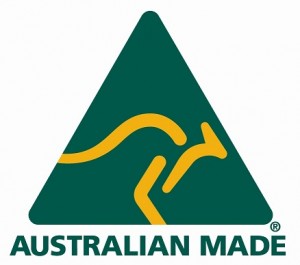 Country of Origin Labeling (i.e. Made in Australia) can be an important marketing tool as many people are willing to pay a premium for Australian products in order to support local jobs. However, did you know that food containing imported ingredients can legally be labeled as ‘Made in Australia’?

Under the current rules, mixed diced vegetables, battered fish fillets and cured meat may all qualify as ‘Australian Made' even if all of the major ingredients are imported, as long as at least 50 per cent of the production costs are incurred in Australia and the food has experienced ‘substantial transformation’ in the country, according to Australian Made Chief Executive, Ian Harrison. In other words, the ‘Made in Australia’ claim does not refer to the origin of the ingredients, but to the food processing and packaging.

A recent survey by Roy Morgan shows nearly half of all Australian consumers (40.3%) find it difficult to identify whether a product is Australian made or grown. The ambiguity of the Country of Origin Labelling, which is regulated by the Australian Consumer Law, has many customers confused and brands in hot water.

A recent lecture on Regulatory Environment and Ethics opened our eyes to this issue and a visit to the local supermarket confirmed the amount of contradiction around Country of Origin claims on food labels. Customers are not being told the full story about how much imported ingredients are present in their food. Up until recently, unpackaged produce like beef, lamb and chicken did not require Country of Origin Labeling, a loophole the government has agreed to address after an independent review of the food labeling.

Calls for a food labeling reform have been made by the ‘Australian Made Australian Grown’ campaign and by The Greens Party. In response, the ACCC stated the core problem does not relate to the current classifications, but with people's understanding of what they mean. While a campaign has been recently announced to assist consumers to better understand the current labeling regime, it does little to assure them about the true origin of their food.

What is your view on this matter? Should brands simply comply with the current (confusing) law, or should they take a proactive approach and provide additional Country of Origin information to their customers?