Let’s play a game. One of these products is not like the others: Champagne, Greek ‘style’ yoghurt or fetta, ‘Port’, ’Sherry’ and ‘Ugg’ boots. Yes, they may have something in common- they are all regional products that are intrinsically linked to a country or culture. If you said that Ugg boots are not like the others, then you would be right.  But do you know why? 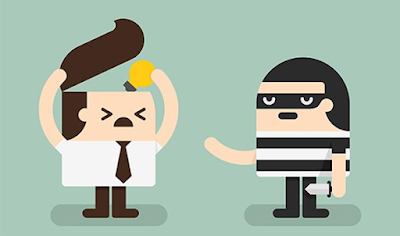 Ugg boots were born out of the emergence of Australian surf culture around the same time as Australian cottage industries like Quicksilver (1969), Billabong (1973), and Rip Curl (1969). It started when a couple of jackeroos from Victoria and Western Australia crafted a pair of sheepskin boots with linoleum soles that were used them to keep the feet warm on cold mornings. Ugg boots are about as Australian as French Champagne, yet it’s a Californian-based company, Deckers, who owns the rights to trade as UGG Australia.

The University of Sydney’s Master of Marketing students who have been exploring Australian Consumer Law this semester should understand why this is enough to get any Aussie livid. Especially as the boots were conceived down under and these thieving mongrels are prohibiting anyone else from distributing them. 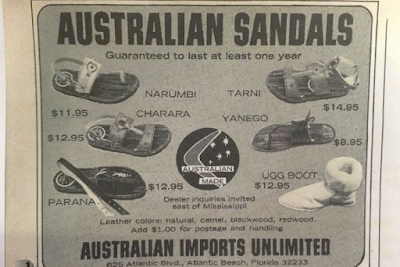 
UGG belongs to Australia, not Deckers.

For years now, the future of the ‘UGG’ trademark (formerly ‘UGG Australia’) has been up in the air. In 2016, Deckers, whose annual turnover is $2.4billion, instituted a legal battle against Australian manufacturers for the right to sell their shoes as ‘uggs’. The court action called for multi-million dollar punitive damages and for all of Australian Leather's ugg boot stock to be delivered to Deckers in the US for destruction.

Obviously, this didn’t sit right with the ACCC. Nor did it impress Eddie Oygur, the founder and owner of Australian Leather Pty Ltd, proud manufacturers of ugg boots since the early 1990s. Mr Oygur responded to the action by counter-suing Deckers, claiming that their trademark of ‘UGG’ was based on the falsehood. He alleged that Deckers made false and misleading representations by using the former brand name UGG Australia, when their products were made in China. Since Deckers has now rebranded from ‘UGG Australia’ to ‘UGG’, the ACCC has decided they have bigger fish to fry, leaving Australian Leather Pty Ltd out in the cold - so to say. 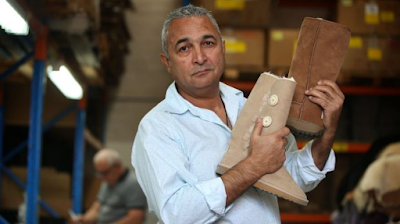 Eddie Oygur argues that a thriving Ugg boot industry in Australia could employ 3000 people. "This is a company importing the name of "ugg" into Australia, undercutting all the manufacturers...we can't compete," said Mr Oygur, during his deposition for the hearing. "[In LA] they attempted to mediate and wanted me to commit to selling only in Australia and New Zealand, but I said that was unacceptable...I want to take this right to the end, even if it means selling my property, getting an overdraft, I'm willing to do that."

All Aussies, including Prime Minister Malcolm Turnbull, believe Uggs should simply be uggs. The New York Times reported that in an attempt to help protect Australian interests, a letter dated in July 2017, Mr. Turnbull said he had asked the Australian Embassy in Washington to get information from the United States government about the dispute and to “reiterate Australia’s view that ‘ugg’ is a generic term.” 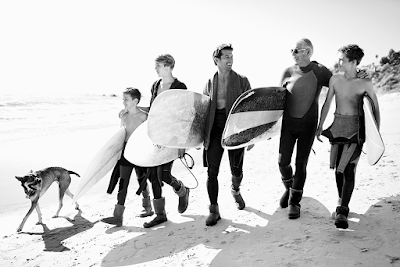 In an interview with the Sydney Morning Herald, South Australian Independent Senator Nick Xenophon has previously compared the fight to protect the word "ugg" to "the French protecting champagne, the Portuguese protecting port, the Spanish protecting sherry and even the Greek protecting fetta".

Stop ripping off our culture, you corporate bullies!

While Deckers maintain that they bought the patent fair and square from Australian entrepreneur Brian Smith back in the 1990’s, most Aussies don’t really give much credence to that. It’s like patenting the name Bondi and stopping others from using it. Oh wait that also happened! 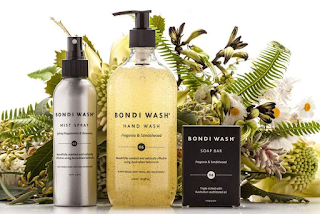 In July 2017, Abercombie & Fitch tried and failed to prohibit a Sydney cosmetics company, Bondi Wash, from acquiring a trademark in the US. You think that’s bad enough? It doesn’t stop there! Uluru, the sacred rock formation in central Australia, is trademarked in the United States by a California carpet company. Kakadu, the name of a national park, is claimed by a number of companies in the United States.

Matthew Rimmer, an intellectual property and innovation professor at Queensland University of Technology’s law school reiterates that “Certain words really belong in the public domain. There’s a certain Australian pride in the ugg boot, and a belief that it is a common article of clothing in Australia and resentment over it being claimed by a United States trademark holder.”


Poor Deckers are whinging about the infringement of their rights.

The more I read about this topic, the more it makes my blood boil. Turns out that Deckers have filed a number of multi-million-dollar patent infringement lawsuits against J.C. Penney, Target, Gina, and now, H&M. 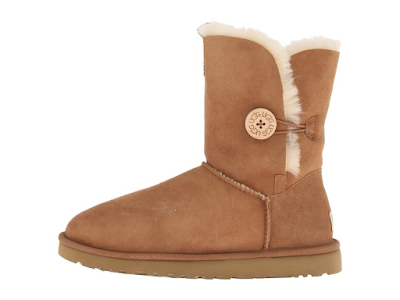 Deckers have stated that H&M is a competitor of the famed boot maker and is stocking boots that intentionally infringe their design patent-protected boots. Deckers reckon that it was done “intentionally, fraudulently, maliciously, wilfully, wantonly, and oppressively, with intent to injure Deckers in its business and with conscious disregard for Deckers' rights.” “In an effort to exploit [its] reputation in the market,” H&M has “deprived Deckers of the right to control the use of its intellectual property.”

So what do you think? Do Deckers have grounds? Under any other circumstance, I believe that they would. But you can’t deny the fact that UGG was stolen from Australian footwear manufacturers in the first place.  The damages that they owe Australia for all the years they have prevented Australian manufacturers from selling their footwear would set a precedent, giving Australians a leg to stand on when reclaiming their rights, interests, culture and name from international corporations.